Historical sites help you get an insight into the ancient trademarks.

History is the gallery of pictures that provides an opportunity to take a sneak peek into the ancient world. It is said that you will never understand the place well unless you know a bit of its history. Historical sites help you get an insight into the ancient trademarks. Well, with its rich history Nepal has many historical sites that will help you to have that aesthetic feeling.

Here is the list of top 5 historical places to visit when in Nepal.

Situated in the heart of the capital city Kathmandu Durbar Square is also known as Basantapur Durbar Square. Standing in the historical grounds of Kathmandu, the old palace holds the seat of power of the Malla and Shah dynasties. The durbar square is as dynamic as every era that contributed to this heritage site. Believed to be a royal residence since the 17th century, the square has been home to multiple dynasties. Now after the kings and noblemen, the courtyard has been handed over to the people. The regal Kathmandu Durbar Square is one of the three durbar squares in the country. To this date, the place still remains the most remarkable legacy of Kathmandu's traditional architecture. Get a glimpse of the Living Goddess Kumari at the Kumari Ghar, her residence.

Located in Bhaktapur district, a bit far from the valley, this durbar square retains some of its ancient way of life, reminding you of what the entire Kathmandu Valley must have looked like during the medieval period. The remarkable architecture, the exquisite woodcarvings, and metal craft that can be seen around the city take one back to the time of the Malla rulers who patronized art like no other dynasty. The pagoda-style temples rise above the Bhaktapur skyline. The Pottery Square, the Palace (Durbar) Square which dates back to the 12th century, where devotees still celebrate their centuries-old festivals, and the temple squares that still remain vibrant, is Bhaktapur’s major attractions.

Located in the center of Lalitpur, Patan Durbar Square is one of the most visited places in Nepal. The architecture and history can be seen in the temples, palaces, and houses and best reflect the culture of this country. Located just a few kilometers from Kathmandu City, the Durbar Square Patan is one of the three main Durbar Squares in Kathmandu Valley and offers a perfect blend between ancient history and culture along with modern local street food.

Durbar Square is a marvel of Newar architecture and floor tiled with red bricks. Home to many temples and idols aligned along the path of durbar square, it is the center of both Hinduism and Buddhism, Patan Durbar Square has 136 "bahals" (courtyards) and 55 major temples. 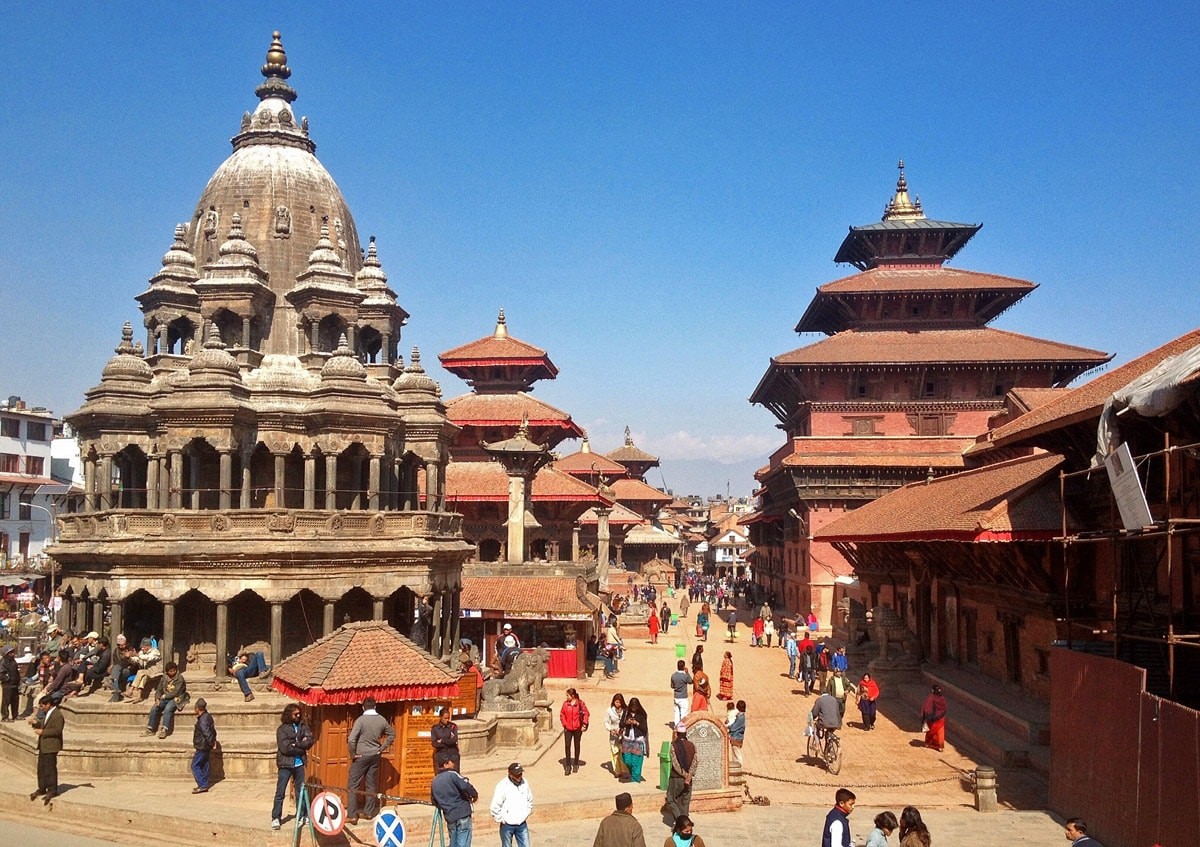 Holding great importance in the history of Nepal, Nuwakot is a place near the capital, nobody should miss out on exploring. The place holds different remnants from the unification movement pioneered by late king Prithvi Narayan Shah to the present situation. At an elevation of 900 m, the ancient citadel stands proud as if untouched by changing times, amid the quaint Nuwakot Bazaar. The durbar is still an undiscovered treasure, despite its historical and cultural significance. The seven-story pal­ace fortress was built during the reign of Prithvi Narayan Shah in the 18th century. It shows little evidence of the attacks by Malla and later Chinese forces. Built-in the Malla style, the architecture of the complex is divided into the main palace, the Bhairab Temple, as well as other temples and shrines.

Built-in 1892 by Rana Bada Hakim Khadka Shamser in the memory of his wife Tej Kumari, Palpa Ranighat is often called the Taj Mahal of Nepal. It is set on a massive rock bed at the banks of the Kali Gandaki River. You can view its stunning palace garden, stone walls, and a small shrine once here. Cobblestone streets with wooden Newar-style houses, the architecture of Tansen will make you feel like you have stepped into another era altogether. Known as the summer palace for the ancient kings at the center of the town lies the 64-room governor’s palace, a representation of the arts and crafts of ancient Palpa.

The natural and scenic beauty of Palpa is another thing to marvel about. Perched high above the Kali Gandaki River between Butwal and Pokhara, Tansen, on clear days, will offer you spectacular views of Dhaulagiri, Annapurna, Manaslu, Gauri Shankar, and various other peaks.

Sisneri - Your Next Weekend Destination

Places To Visit In Surkhet