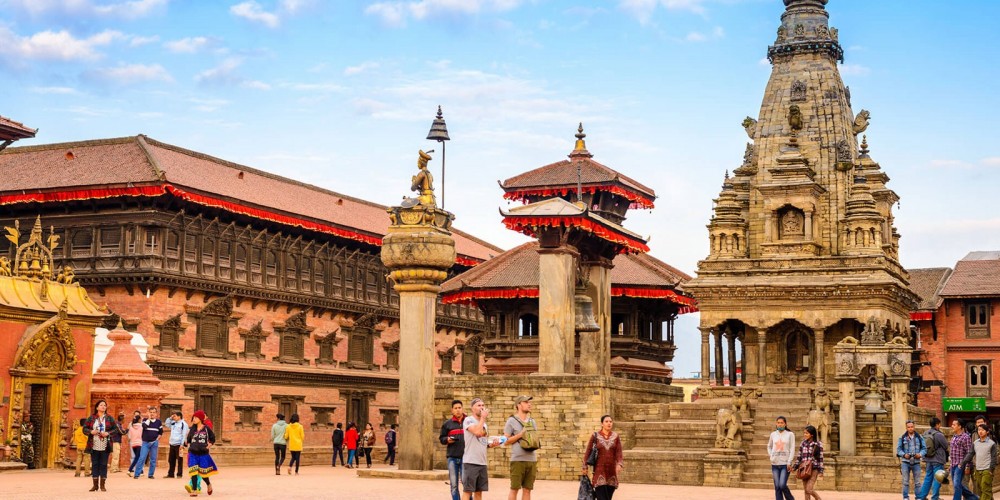 The city of devote: Bhaktapur

Among the three major cities of kathmandu valley, Bhaktapur retains some of its ancient way of life, reminding you of what the entire Kathmandu Valley must have looked like during the medieval period. The remarkable architecture, the exquisite woodcarvings and metal craft that can be seen around the city takes one back to the time of the Malla rulers who patronized art like no other dynasty. The pagoda style temples rise above the Bhaktapur skyline. The Pottery Square, the Palace (Durbar) Square which dates back to the 12th century, where devotees still celebrate their centuries old festivals and the temple squares that still remain vibrant, are Bhaktapur’s major attractions. But the city’s archaic look itself draws tourists besides the elaborate festivals that remain unchanged for centuries. The Durbar Square is one of the UNESCO World Heritage Sites of the valley.

The Mallas once ruled Kathmandu valley from Bhaktapur until King Yakshya Malla in 1482, divided the kingdom between his three sons leading to disunity and fading strength. With the valley kingdoms divided, the Shah dynasty from Gorkha was able to conquer them one by one.

Unlike Kathmandu and Patan, Bhaktapur has resisted rapid change, and a large number of women in Bhaktapur are still seen in their traditional Newari attire in black and red. Pottery, farming, singing in the temples or just sitting in the rest houses in the mornings and evenings are a way of life they have retained for centuries. Once known as Bhadgaon (Nepali) and Khwopa (Newari) the city has maintained its festivals in their original elaborate forms, many of which last over a week. After the restoration program in the 1970s, the city’s municipality has controlled the construction of new buildings in order to maintain the brick façade. One of the most popular festivals of Bhaktapur is the Bisket Jatra which attracts a large number of tourists around the Nepali New Year.