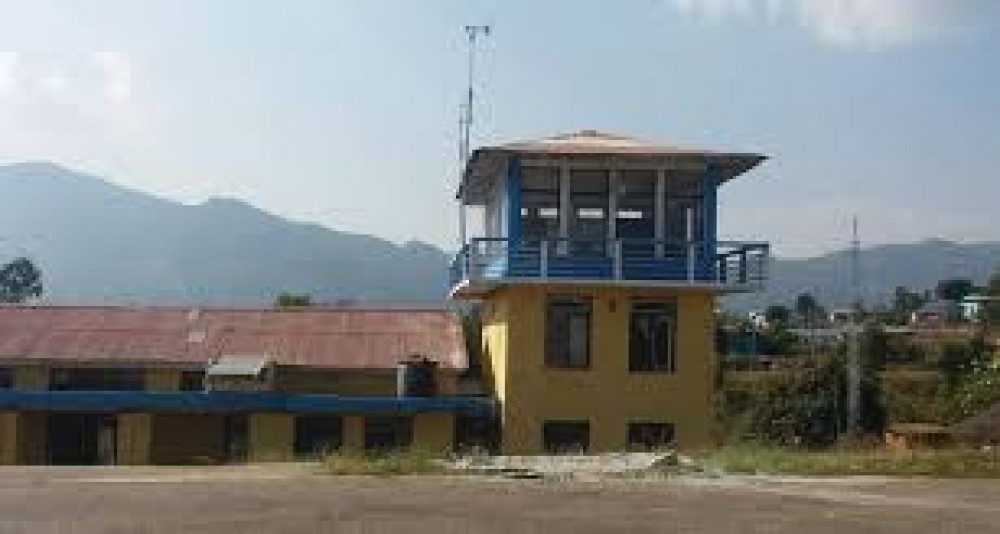 The airport connects Kathmandu and Okhaldhunga, the city of martyrs

Rumjatar airport is a domestic airport located in Rumjatar serving the Okhaldhunga district of Nepal. Located at a distance of 12 kms southeast of the district it is the sole airport in the district.

Established in September 1972 the airport has direct air links with Kathmandu’s Tribhuvan International Airport (TIA). Rumjatar is a small, yet bustling town in the eastern region of Nepal. The airport connects Kathmandu and Okhaldhunga the city of martyrs.

The airlines conduct weekly scheduled flights to and from the airport.  The IATA and ICAO codes for Rumjatar Airport are RUM and VNRT respectively.

The airport has one runway which is 548 meters in length and has been recently extended and blacktopped to be able to handle jets. Situated at an elevation of 4,500 feet above mean sea level the airport has Single bituminous paved (Asphalt Concrete) runway. The airport has the parking capacity for three small aircraft like D0-228, DHC6, L410, Y12, and C208 type. Rumjatar Airport, located at Okhaldhunga district stopped  operations for some time and again resumed service after the construction and blacktopping.

The airport is the gateway for tourist going to Okhaldhunga, Rumjatar, Taluwagadhi Fort, Chisankhukot, Chameru Gufa. Ban Jhakri Gufa Bhaluithumkagadhi. The airport is spread over a total land area of 105 ropanis (53340m2).