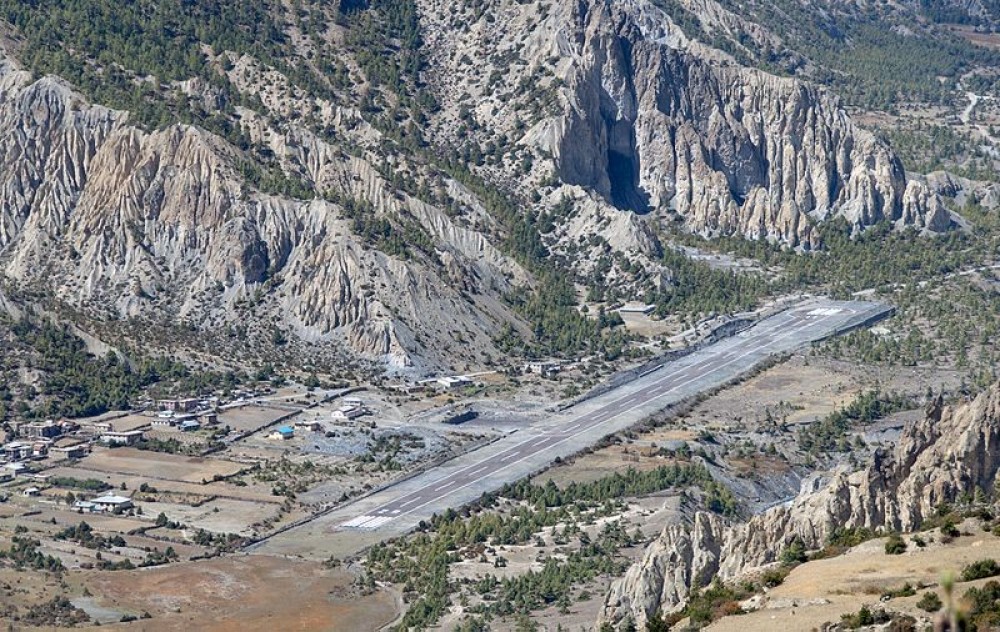 Although the airport does not have scheduled flights it is used for emergency services, helicopter and chartered flights

Manang airport is a small domestic airport located in Manang serving the entire district. Established in 1981 the airport officially started its operation on February 28, 1981. It is situated in the broad valley of the Marshyangdi River to the north of the Annapurna mountain range.

Before the airport went out of operation the national flag carrier Nepal Airlines and Tara Air used to provide service through this route. The airport was used to connect the district with Pokhara and Kathmandu. The IATA and ICAO codes of this airport are NGX and VNMA respectively. The airport has one blacktopped runway with a length of 650 meters. Helicopter operator companies have been playing an active role and providing service by chartered flights.

Situated at an elevation of 11,000 ft above mean sea level it is one of the highest airports in the world. Due to a lack of passengers after the construction of Besisahar-Chamey and Chamey to Khangsar road, Airline companies stopped operations from this airport. Manang is the main hub of the famous Annapurna Circuit Trekking route. The district witness a large number of tourists throughout the year. The road infrastructure in Manang is poor so the operation of Humde Airport is beneficial and effective for the locals as well as tourists as Manang is one of the favorite tourist destinations of Nepal.