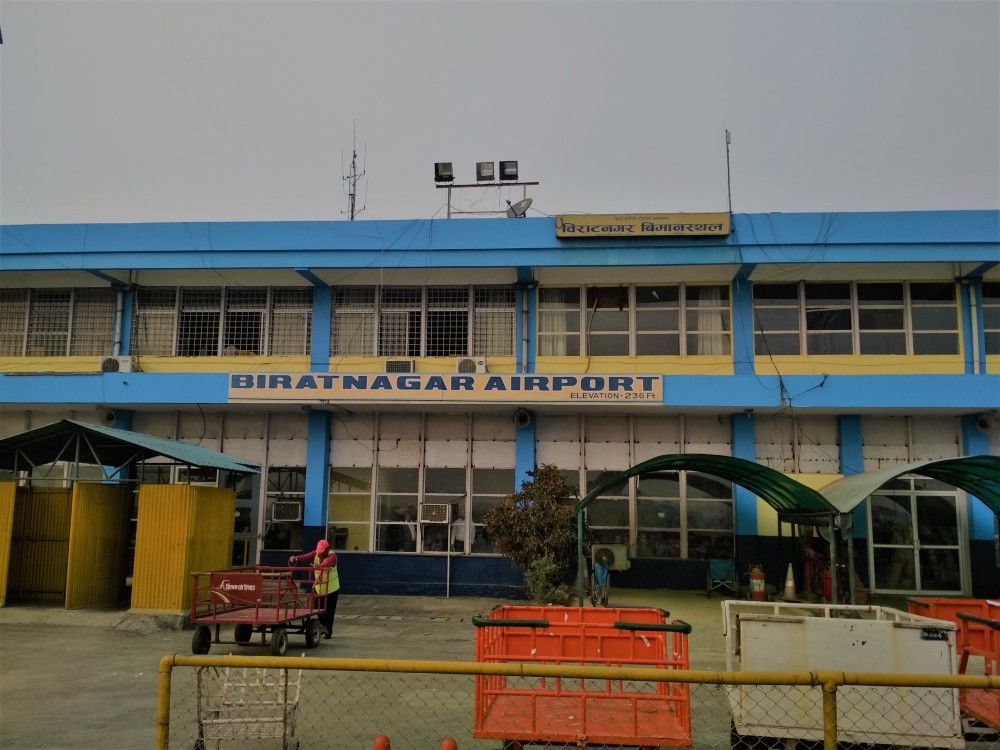 Biratnagar Airport also known as Gograha airport is a domestic airport of Nepal that serves the city of Biratnagar, in Morang district, Nepal. Biratnagar is the third-largest metropolitan city in the country.

The airport started operations from July 6, 1958. It is located 5 kms away from Biratnagar. The airport has one runway and has now been approved to become the largest international airport in the country.

The airport is one of the few airports in Nepal that has its aviation fuel depot on-site, enabling aircraft to refuel here during turnover periods. It has all the major domestic airlines of Nepal offering flights here and is the fastest-growing domestic airport in terms of aircraft and passenger traffic.

The airport has been ranked as the third busiest airport in the country after Kathmandu and Pokhara.

However, the land of Rani has been converted to Degree Campus now. In August 2017, Nepal and India floods, the runway of Biratnagar Airport was flooded, along with other parts of India and Nepal, and the airport was forced to suspend operations.

Plans to upgrade the airport and lengthen the runway, making it a regional international airport were made on August 15, 2017. This airport measures a total area covering 115 Bighas of land.

The terminal building and runway cover a total of one hundred and nine Bighas in Biratnagar and six Bighas are covered by navigation systems installation sites in Itahari.

Private domestic airlines as well as the national flag carrier operate regular scheduled flights between Kathmandu and Biratnagar. Helicopter service providers also provide chartered flights to and from the airport and nearby areas like Kathmandu and Taplejung.

A significant hub for domestic travelers taking off and landing through its runway the airport is located at an elevation of 236 ft. The surface of the runway is paved with concrete and has a length of 5000 ft. The runway is equipped with a modern lighting system which makes it capable of handling night flights too.

The runways are equipped with approach lights and runway lights. Taxiways are also equipped with Taxi lights and aprons with the apron lighting system. The airport is expected to be upgraded to a possible regional international airport and has already been tested for the same. Moreover, it is the gateway to exploring eastern Nepal and other major tourist destinations.