Annapurna Circuit Trek is a delightful trek in the foothills of the entire Annapurna range.

Annapurna Circuit Trek is a delightful trek in the foothills of entire Annapurna range. The trek leads you from the lush pastures to the Alpine forests. To conclude in the barren desert-like terrains of Manang and Mustang. And the bonus is every corner of the route promises a majestic view of Annapurna range. This trek offers a diverse trek route where you get chance to accumulate as many memories as you like to.

Annapurna Circuit Trek is another most sought trek in Nepal, probably after Everest and Annapurna Base Camp Trek. Owing to the natural diversity, rugged landscape and greatest landmarks of the world( Tilicho and Thorong La Pass) this trek isn't just for anyone. Reaching the height of jaw dropping 5416 metres, there is always a risk of Hypothermia during this trek. However, with the risk comes the views. This trek provides trekkers with one of the most beautiful sceneries that barely is seen by others. The stretch from Thorong Phedi to Thorong La Pass is filled with snow-covered hills and gigantic mountains with long behind seen the rugged valley of Manang.

Crossing through the Thorong La Pass, we reach the ancient kingdom of Mustang which has its own charm and ambience. Inhabited majorly by Gurungs, Mustang has always been a place of interest for Trekkers, Bikers, Religious Pilgrims and Political Diplomats as well. This ancient kingdom offers unique culture, large food options, language, traditions and what not. The landscape alone is enough to shock the visitors as it is pretty much similar to desert. The raging Kali Gandaki River crossing through the Mustang territory is another fact of interest for its visitors. On the return journey to Pokhara we cross through small villages in Mustang and gaze upon the deepest gorge in the world, Dana Gorge. This trek is recommended only to experienced trekkers owing to the harsh climatic conditions and elevations.

Annapurna Sanctuary is home to indigenous wildlife, numerous species of flora and fauna. Since the early years of tourism in Nepal (1950s) this mountain range has always been pleasing for trekkers or climbers. Better known as “The Killer Mountain”, Annapurna I stands at staggering 8091 meters above sea level neighboring Annapurna South, II, III, IV and Fishtail. For decades this region has received more tourists than any other trekking trails here in Nepal. One need not be surprised if you see tourists adjusting or sleeping in dining tables of teahouses in the region, for it receives more tourists than it can actually cater during the peak season( September till November).

The trek to Annapurna Base Camp is considered medium one, however any beginner trekker will have to struggle to catch a breathe every minute while trekking here. The initial days of Annapurna Trek begins in Pokhara from where one can catch a vehicle departing for Nayapul or Ghandruk which then becomes the starting point of your trek. Followingly you close towards the mountain passing through small villages of Chomrong, Sinhua, Dovan, Deurali, Machhapuchhre Base Camp and finally Annapurna Base Camp. This region gives a spectacular views of all mountains in Annapurna range. In the recent days, ski and snowboarding has flourished in the base camp area. Adventure activities have become another economic aspect of the region. You can never get enough of Annapurna Sanctuary.

Annapurna by Heli is another popular option for those tourists wanting to cut off the days of struggle and sweating definitely required while trekking. A small helicopter ride of about minutes from Pokhara lands you in Annapurna Base Camp without much hustle and exhaustion. Those looking to shave a magnificent view of the Himalayan Mountains without much to worry should definitely opt for Heli Ride. The route the helicopter takes is also the same as you would take if you’d opted to walk. Get a quick flight up to the basecamp and devour down on any meals you would prefer at the basecamp teahouse, all while not having to miss the cozy comfort of your hotel luxury in Pokhara because you will get back on the same day to Pokhara.  Its total of 1 hour flight to and from the base camp. Flight usually takes off at 7 am in the morning and gets you back by 12 noon depending on the weather window.

The Aerial view gazed from helicopter will let you scroll down through many deep gorges, small settlements of native people. Green terraces of rice fields, Rhododendron forests and hundreds of trekkers walking upto to the base camp just to get a sheer glimpse of Mount Annapurna. It is one of the most preferred Heli Tour after Everest Base Camp Heli Tour which can be arranged easily from the city of Kathmandu or Pokhara.

• Ethnic villages of Gurungs and Magars

• The trek route is easy to moderate and popular, so maybe crowded for those who want to walk in peace.

• On-going construction of motor roads has made the trail dustier.

Trek To The Sacred Lakes - Panchpokhari 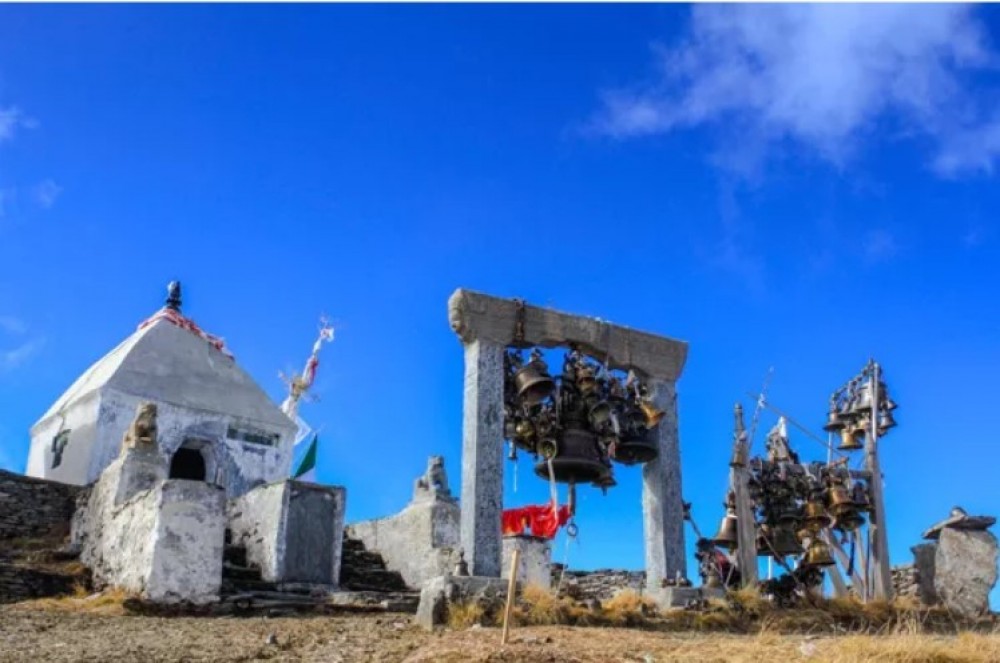 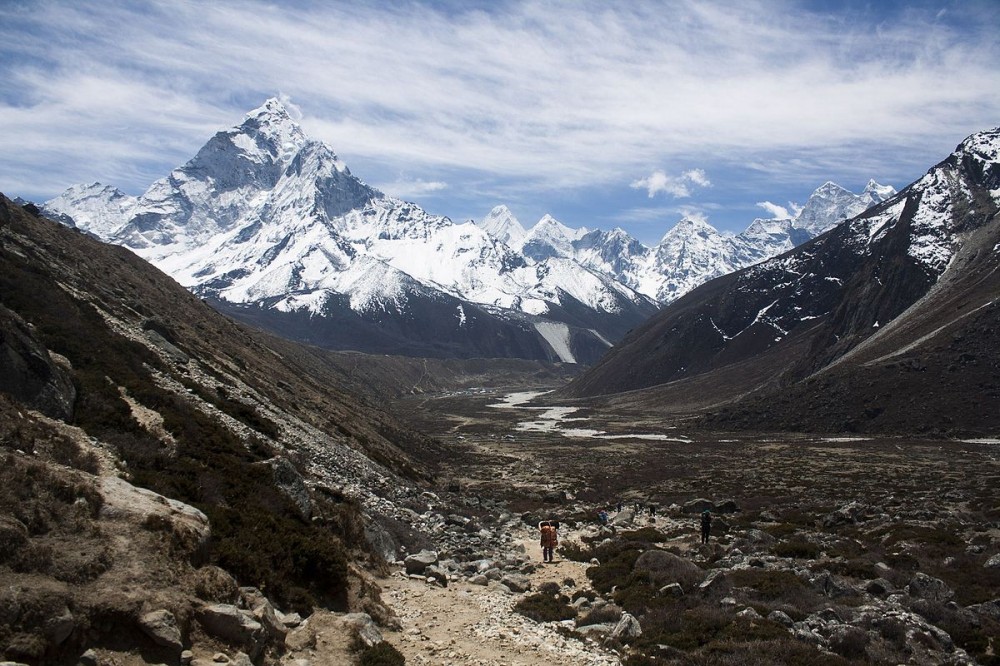 A Popular Stop for Trekkers: Pheriche 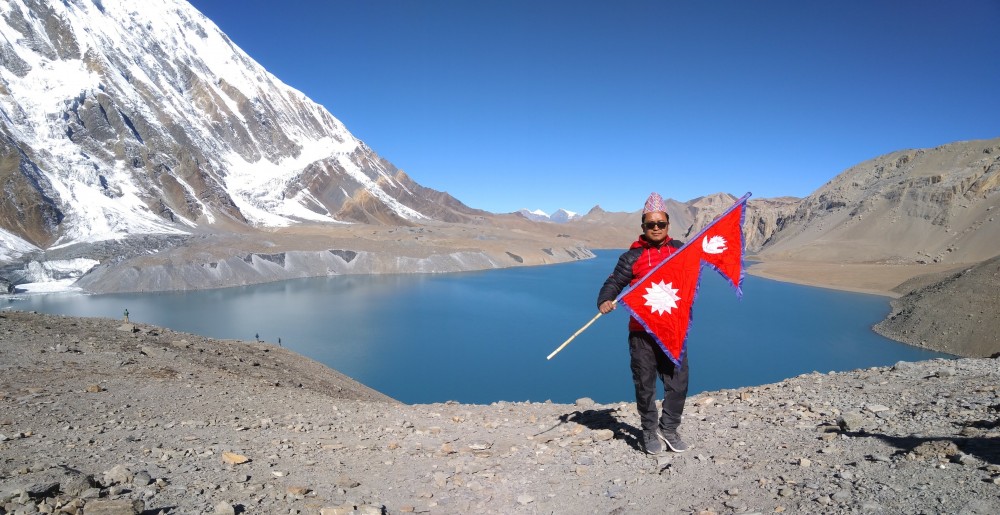 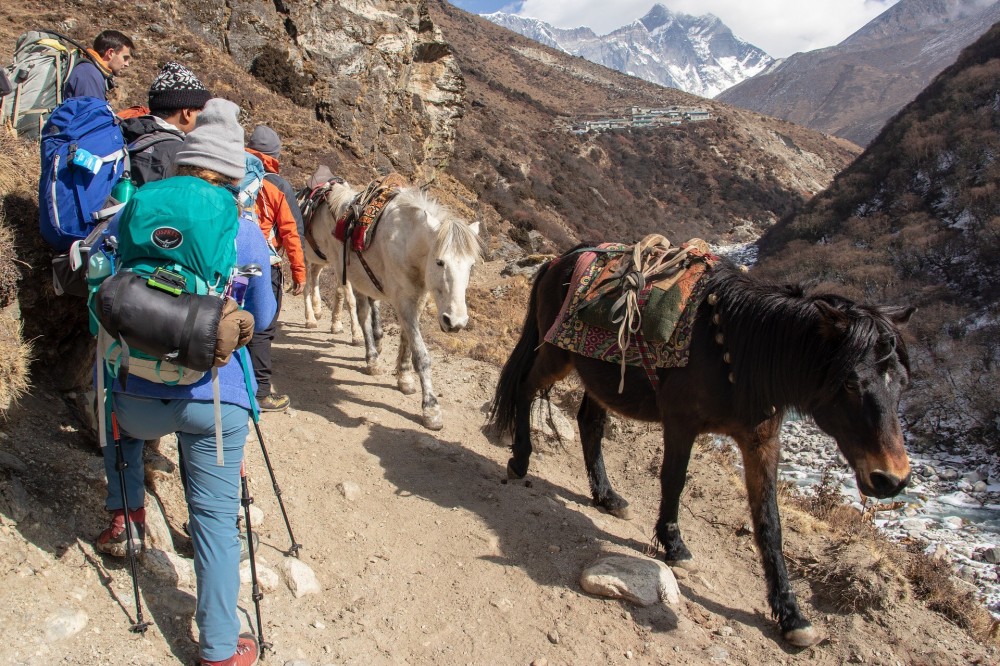