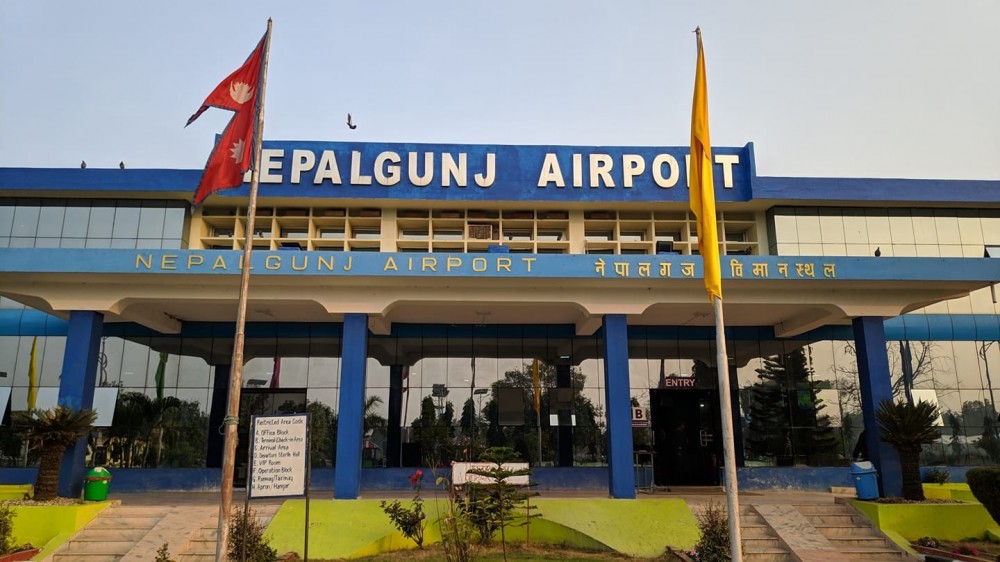 The hub for the far west of Nepal

Nepalgunj Airport is a domestic airport in the Banke district of Nepal. It is the third-largest airport in terms of land area after Dhangadhi.

Operated by the Civil Aviation Authority of Nepal, the airport offers regular connections to Kathmandu and connects the western and far western regions of Nepal with the rest of Nepal. The airport is currently being upgraded to serve as an international airport, as Nepali domestic airlines are preparing to start direct flights to Delhi.

It is located 8 km away from Nepalgunj which is a busy city and a business hub of western Nepal and international trade. The airport has the second largest number of aircraft and passenger movement in Nepal.

Operating since 1961, Nepalgunj airport serves Nepalgunj, a sub-metropolitan city of Nepal. The airport was officially named Mahendra Airport after the late King Mahendra, but it is commonly referred to as Ranjha Airport.

Back then and even now the airport operates domestic flights to Kathmandu and airports in less-developed western districts of Nepal like Dolpa, Jumla, Mugu, and Rukum.

After the introduction of FK-100 jet aircraft, passenger movement at this airport increased.

Major domestic airlines of Nepal operate daily flights to Nepalgunj. Helicopter operators companies also play an active role and provide service by chartered flights to and from the airport.

With an elevation of 540 ft, and 500 km away from Kathmandu the airport connects to the least developed and accessed districts. The surface of the runway is paved with concrete and has a length of 5000 ft. Civil Aviation Authority of Nepal (CAAN) has permitted Flying Dragon Airlines, a joint venture company of Nepal and China, to operate remote areas of mid - and far - western development region with an operating base at this airport.

The IATA and ICAO codes for Nepalgunj Airport are KEP and VNNG respectively. The airport is the major transportation hub that leads to the paths of the Far-western region like Bardia National Park, Rara, Ramaroshan.

Complied by Rina Kumari Mandal a content writer at Nepaltraveller