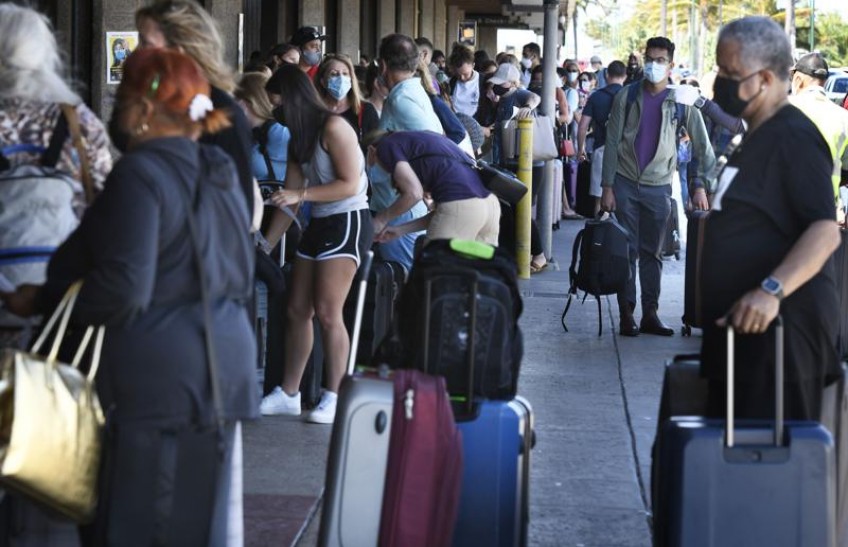 For nearly a year, Maui residents had their tropical oasis virtually to themselves, then the visitors all came flooding back.

For nearly a year, Maui residents had their tropical oasis virtually to themselves. Then the visitors all came flooding back. “Over-tourism” has long been a complaint of locals on the Hawaiian island that is among the world’s most popular getaways: congested roads, crowded beaches, packed restaurants.

But as the U.S. begins to emerge from the pandemic, Maui is reeling from some of the same strains seen on the mainland, like a shortage of hospitality workers. And its restaurants, still operating at limited capacity, are struggling to keep up.

Now, as cooped-up mainlanders return in droves, Maui officials are making an unusual plea to airlines: Please don’t bring so many people to our island. “We don’t have the authority to say stop, but we are asking the powers to be to help us,” Mayor Michael Victorino said at a recent news conference.

Hawaii has had some of the nation’s most stringent coronavirus public health restrictions, and it’s the only state that hasn’t fully reopened, in part due to its remote location and limited hospitals. Also high on people’s minds is the memory of diseases that wiped out 80% of the Native Hawaiian population in the century after Europeans arrived.

The governor doesn’t plan on lifting all restrictions until 70% of the state’s population is vaccinated. As of Friday, 58% were.