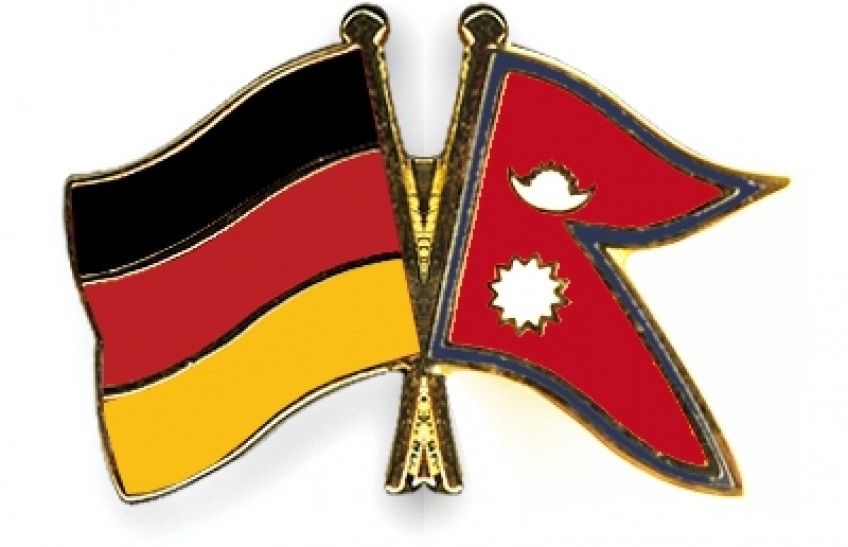 A webinar was organized to mark the 31st Nepal Day by the German-Nepal Friendship Association.

Nepal-Germany government and non-government organization representatives have stressed the need of expanding economic relations between the two countries. Speaking at a webinar organized recently to mark the 31st Nepal Day by the German-Nepal Friendship Association, they also said that the need for external support to the economic development of Nepal has increased further in the post-COVID-19 situation. At the program organized under the theme 'Mero Nepal' or My Nepal, Nepali Ambassador to Germany Ramkaji Khadka said Nepal's economic growth rate has gone down to nearly two percent from 8.5 percent, while employment and subsequent livelihoods have been lost due to the Corona Virus pandemic.

The role of donor countries and agencies will be crucial in helping Nepal realize its goal of becoming a developing country by 2022 and achieving the sustainable development goals by 2030. Lauding the contribution of Germany in the development endeavors of Nepal, Ambassador Khadka said NGOs in Germany could have a big contribution to Nepal's health, employment and economic progress. Likewise, German Ambassador to Nepal Roland Schiffer said the role of German NGOs has been important in minimizing the impact of COVID-19, and in the financial and humanitarian assistance sector.

Lately, Germany has contributed 10 million Euros for the health sector of Nepal, and 340 million Euros for the economic development of the country. Stating that sustainable development is not possible without a green revolution, Ambassador Schiffer emphasized the need for technical education. President of the Friendship Association and Consular General Ram Pratap Thapa expressed the confidence that the Nepal Day observed this year under the theme of My Nepal would help garner more support from German NGOs to Nepal. President of Non-Resident Nepalese Association Kumar Pant and former President Jiba Lamichhane said the role of foreign donor agencies was important in providing relief to the people affected by COVID-19 and for the economic prosperity of the country. Economist Prof Dr Biswambhar Pyakurel shed light on the impact of COVID-19 on the Nepalese economy.

Representatives of various organizations in Germany presented various working papers at the program. Meanwhile, the general convention of the German-Nepal Friendship Association held recently in Cologne, Germany elected a new executive committee led by Ram Pratap Thapa. In the election held for the year 2020-23, Alka Khanal and Norbet Mayer were elected Vice-chairs while Ube Hense was elected Treasurer and Christine Petras the Secretary. The German-Nepal Friendship Association was founded 53 years ago with the objective of expanding the friendly relations between Nepal and Germany at the people's level and garnering development assistance to Nepal through German NGOs.

Qatar Airways To Launch Flights Between Seattle And Doha

Recommendation Made For Declaration Of Fewa Conservation Area