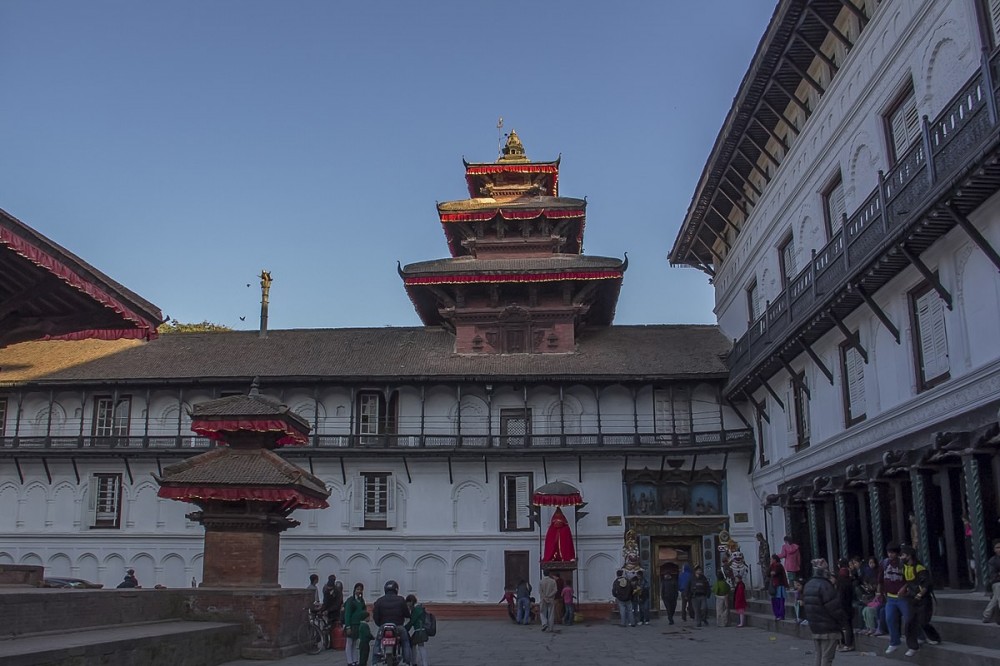 The Palace gets its name from the Hanuman statue standing on the entrance as "dhoka" means "gate".

Kathmandu is a cultural hub with historical value, and in the heart of Kathmandu lies the Durbar Square as a heritage site that once was a palace of the Malla Kings and Shah dynasty. With several complexes connected, the complex is 5 acres large and houses some prominent significant cultural structures, reflecting the historical art and architecture.

Built during the reign of Pratap Malla, the entrance has a statue of Hanuman guarding the palace. The Palace also gets its name from the Hanuman statue as "dhoka" means "gate". Covered in red cloth with an umbrella above the head, the structure dates back to the 16th century. The old enough statue has red paste smeared on its face by visitors.

On the left is a stone sculpture of Lord Narasimha (half-man, half-lion incarnation of Lord Vishnu) attacking the demon Hiranyakashipu.

Nasal, meaning "dancing one" gets its name from the eye-catching painting of Dancing Shiva in a verandah on the east of the square. The courtyard holds its great importance to the coronation of King Birendra in 1975. The chowk exhibits beautifully carved doors and windows of Hindu deities. The door is an entryway to the private chambers of King Malla and an audience chamber. The honorable throne of King Malla and portraits of Shah Kings also make this courtyard an attraction of the palace.

Moreover, the Panchmukhi Hanuman Temple, having five circular roofs has a special charm of its own. Also, the nine-story Basantapur Tower is another most stunning feature standing on the south of Nasal Chowk. The tower offers a great view of the palace and the city; the Himalayas on clear days.

This courtyard is dedicated to Taleju Bhawani, the goddess of the royal Malla family. The royals highly revered goddess Taleju and important rituals were performed in this courtyard. The temple is quite significant with golden Torana (door garland) enhancing the beauty of the temple. Images of Goddess Ganga and Yamuna are seen on either side of the entrance. Sacrifices are performed here during the great festival of Dashain.

The courtyard, not open to visitors has a prominent belief that a Malla King had to be born here to become the heir of the throne. It is said that King Jaya Prakash Malla faced difficulties becoming the king as he was not born here. The courtyard also has Sun Dhara (a golden water sprout), where water is believed to have originated from Budhanilkantha, and the kings used to bathe here every morning.

Also, on the south-east, stand tall four watchtowers built during the reign of the first Gorkha King Prithvi Narayan Shah, and on the north is the Sundari Chowk.

After acknowledging all the surrounding of the palace, there are museums that give an insight into the royal lives. Namely, they are the Tribhuwan Museum, King Mahendra Memorial Museum, the King Birendra Museum, and the Palace Museum. They are a rich source to understand and have a glimpse of the studies and bedrooms that the kings used. The museum house various artifacts, coins, jewels, exquisite thrones, striking weapons, intricate wood carvings, and many other fascinating features.

Though the great 2015 earthquake caused severe damage to the monuments in the durbar square, the renovation and reconstruction works have managed to restore and preserve the historical aspects of the Royals.

The museum has an entrance fee charged at the gate and is always open except on Tuesdays and public holidays.

Must Visit Museums in Kathmandu 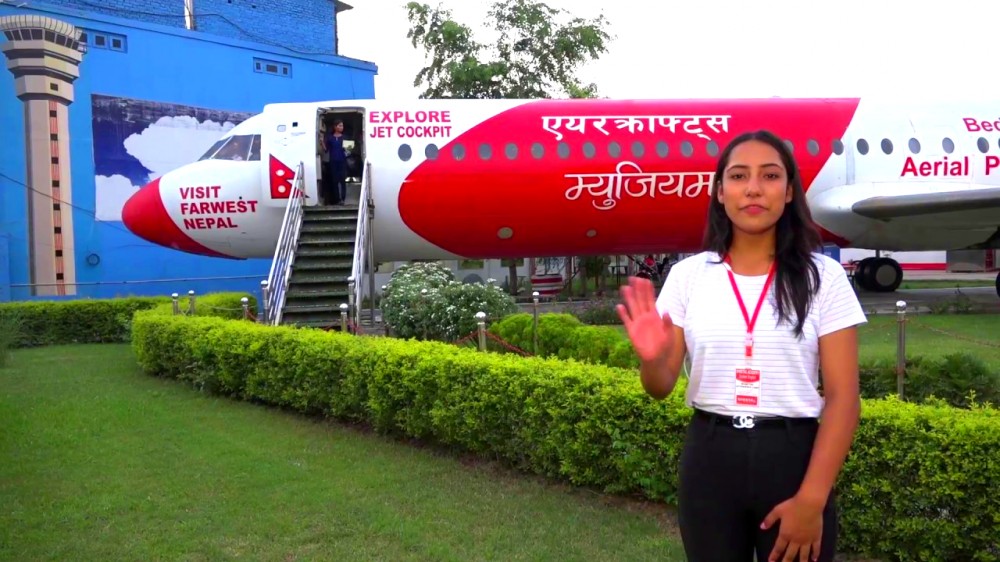 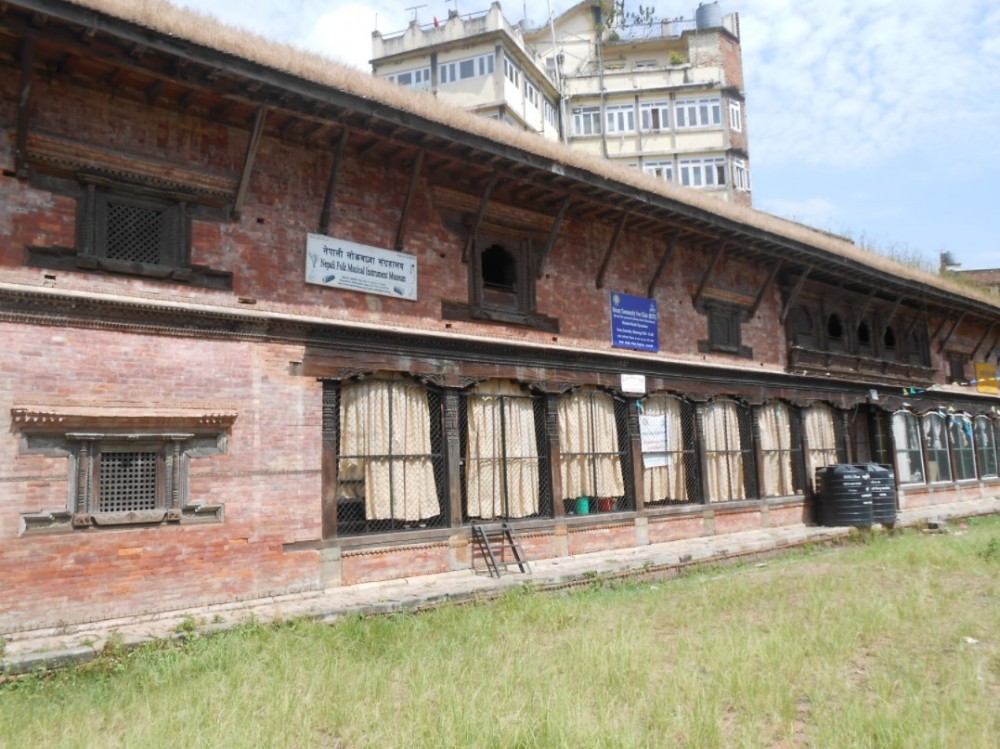 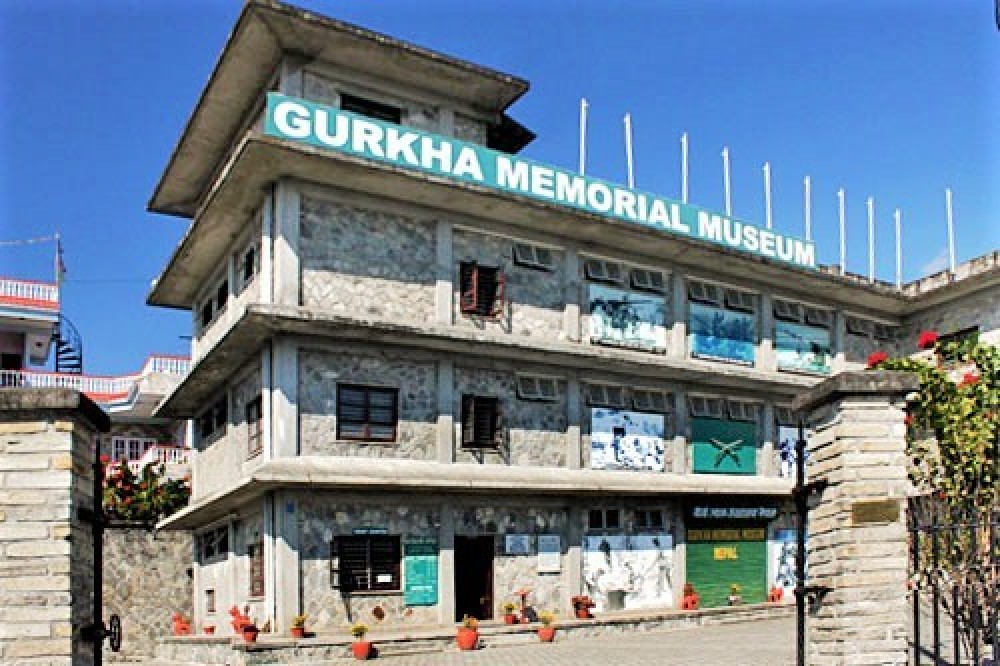