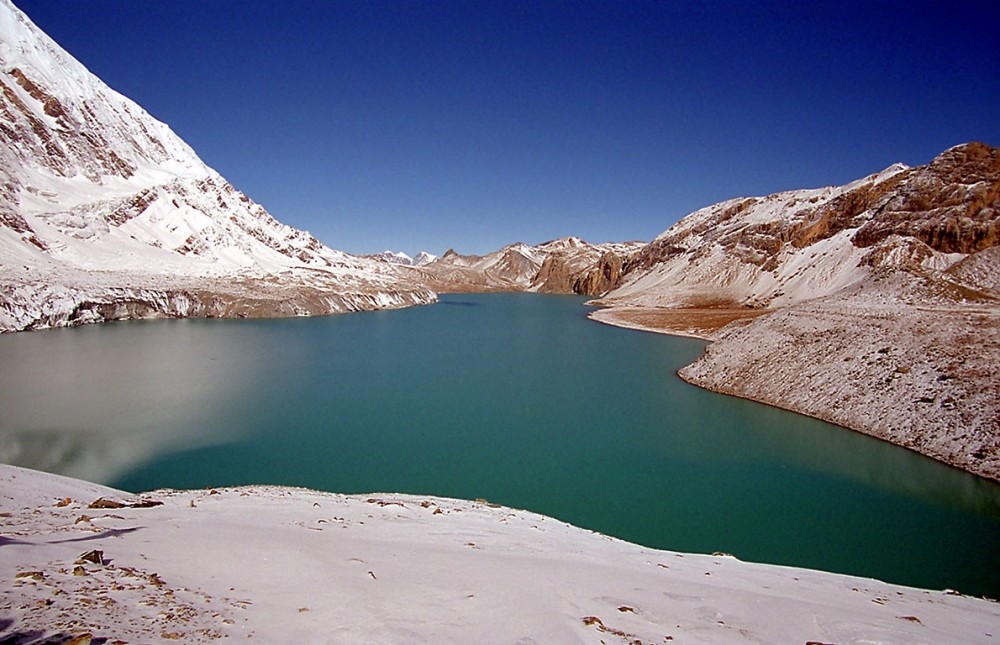 Lake at highest altitude nested at northern face of Annapurna

Tilicho Lake is a lake located in the Manang district of Nepal, 55 kilometres (34 mi) as the crows flies from the city of Pokhara. It is situated at an altitude of 4,919 metres (16,138 ft) in the Annapurna range of the Himalays and is sometimes called the highest lake for its size in the world, even though there are lakes at higher altitude even in Nepal, and larger, higher lakes in Tibet. Another source lists the altitude of Lake Tilicho as being 4,949 metres (16,237 ft).

According to the Nepali Department of Hydrology & Meteorology (2003), no aquatic organism has been recorded in the lake.

Tilicho Lake is the destination of one of the most popular side hikes of the Annapurna circuit trek. The hike takes additional 3–4 days. No camping is required, as new lodges have been built between Manang and the lake. The final approach to the lake is done in a day hike from the lodge at Tilicho Base Camp.

Trekkers attempting the Annapurna Circuit route usually cross the watershed between Manang and Kali Gandaki valleys over the 5416 meters high Throng la pass. The alternate route, skirting Tilicho Lake from the north, has been gaining popularity. This route is more demanding and requires at least one night of camping. There are no teahouses or lodges past the Tilicho Base Camp lodge some kilometers east of the lake and the next village of Thini Gaon in the Kali Gandaki valley. Most groups spend two nights between these places. There are two passes leading to Thini Gaon and Jomsom; Mesokanto La and Tilicho North pass known also as Tilicho "Tourist pass". These routes via Tilicho Lake are more often closed by snow than the higher Thorong La. 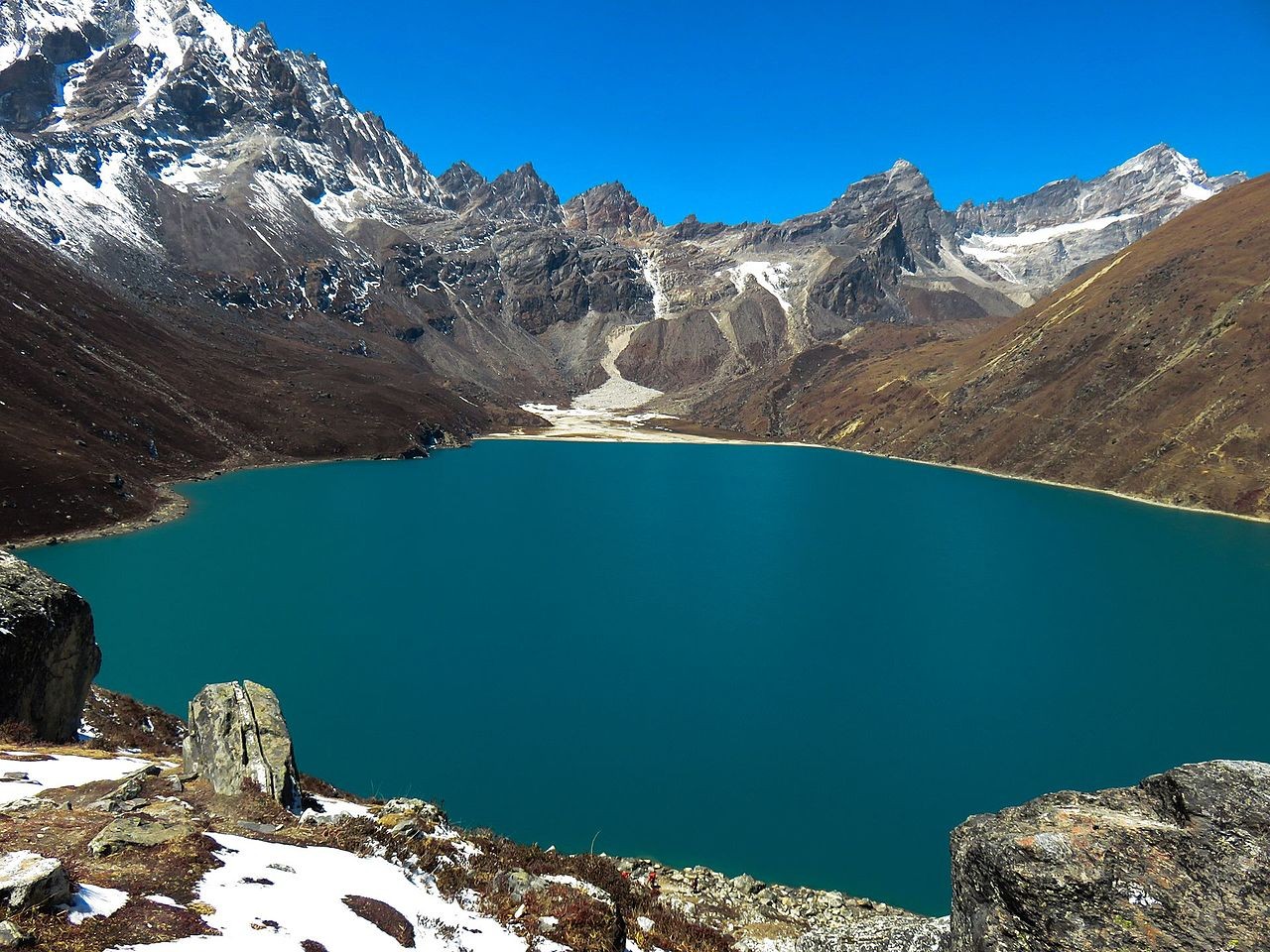