The lake with a legendary story holds both ecologic and cultural significance.

The only natural lake of the district, Taudaha lies in the outskirt of Kathmandu Valley in Chobhar. The place is a peaceful destination to spend some time for those who love to be close to nature. The spot is surrounded by greenery and a soothing view of the small lake glistening with sunlight during beautiful weather. It also gives you a beautiful view of the sunrise.

This natural lake is also famous for the biodiversity that it holds. Being the only natural lake it has great significance from an ecological point of view. It is home to a variety of aquatic plants, fishes, and migratory birds. Therefore, this place is also perfect for birdwatching. With an increasing number of visitors, it has become a picnic spot for family and friends. A good quality restraint also operates right beside the lake.

The name of the lake originated from the Newari language where ‘Ta’ means ‘snake’ and ‘Daha’ translates to ‘lake’, the lake of snakes, and the name is linked with a very famous legend from history.

Legend of the Taudaha Lake

One of the very known legends of this lake comes from a Buddhist myth. It is believed that Manjushree, a bodhisattva associated with Mahayana Buddhism, came to the south of Kathmandu valley and cut through the hill situated there to let the water run down for human settlement. It formed many small lakes in and around the valley and this is one of them while others just drained out.

However, this act led the nagas, mythological creatures who are half-snakes and half-human were left homeless. It led the King Serpent, Karkotak to set out in rage. To prevent catastrophe from the King Serpent the locals living near the lake built a magnificent underwater palace for Nagas. Then both of them promised to protect each other’s survival. Therefore, even today fishing and swimming are prohibited in Taudaha. With the belief that nagas still live underwater, the place also holds religious significance.

For private vehicles, the place is easily accessible. Lying 6km southwest of Kathmandu the route goes from Kirtipur to the way to Dakshinkali. For traveling in public, one can easily find buses from Old Bus Park. Take the bus that goes to Dakshinkali.

Cycling to Taudaha is another option for sporty people. You can opt for another route besides the main road for cycling. To go inside the Taudaha a minimal entrance fee is charged.

5 Must Visit Lakes of Nepal

Trek to the Scared Lakes - Panchpokhari

Trek Above the Clouds at Mardi 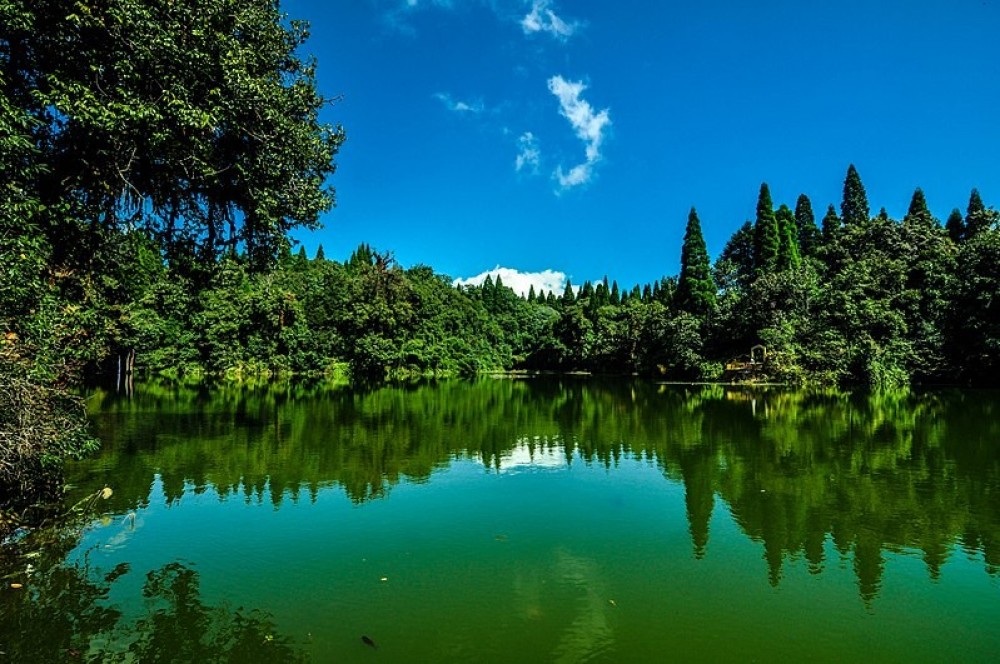