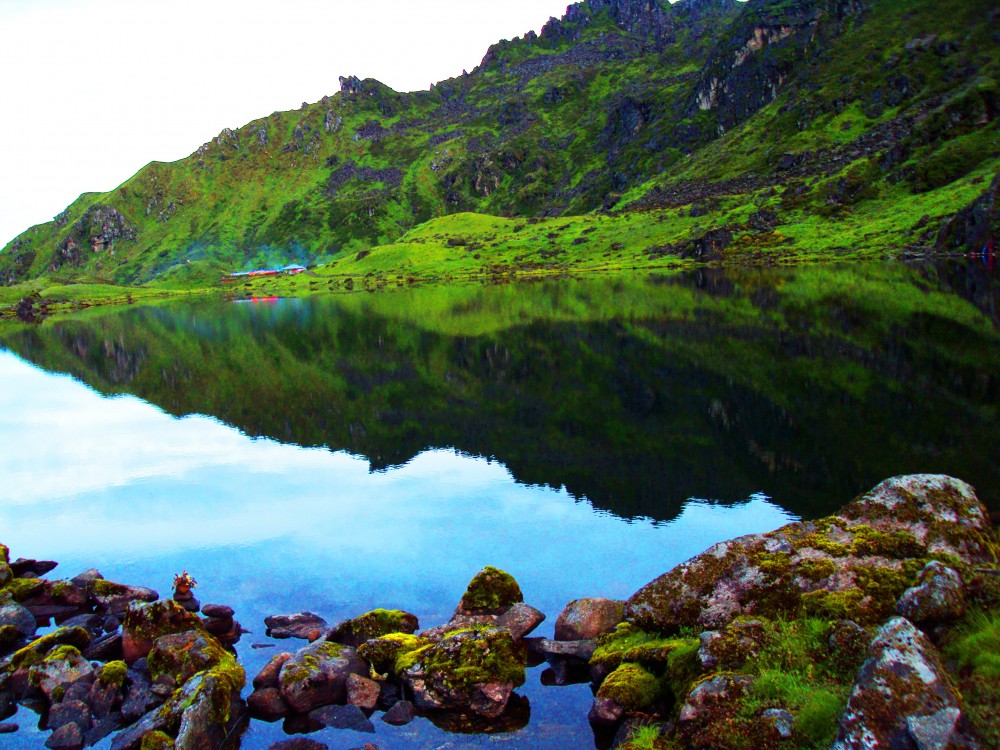 Sacred lakes on the lap of Mt. Dorje Lakpa

Panch Pokhari is the 9th highest altitude wetland in the world, at an elevation of about 4100m above sea level. It is a group of 5 divine lakes located in the Sindhupalchowk district of Nepal. Panch Pokhari is one of the main features of Langtang National Park. The Government of Nepal's Postal Services Department issued a stamp featuring Pokhari in 2011. 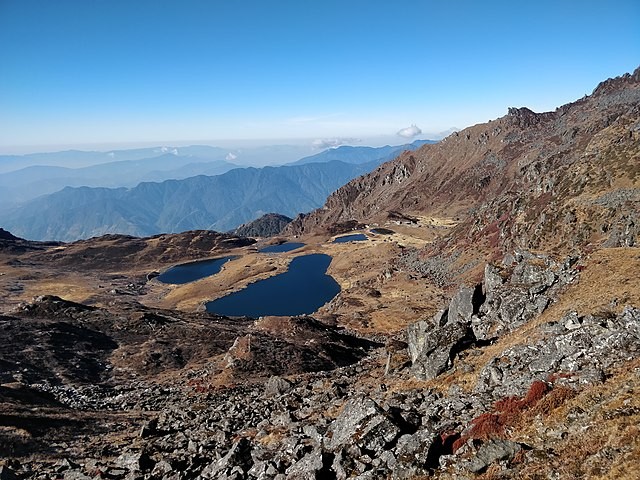 Despite being very close to the Kathmandu Valley, the place is remote and unspoiled, making the journey an incredible experience. The landscape is untouched and luring, which signifies the freshen sceneries and mystical touch. Panch Pokhari trekking lies to the north of the Kathmandu valley; the chain of peaks starts on the base of the Jugal Himal range that includes Dorje Lakpa (6966m), Madiya (6257m) and Phurbi Chhyachu (6,637 m) and concludes in the lower part of Langtang region.  The highlights of the trek are the gorgeous valleys, waterfalls, gorges, caves, rich culture, the unpolluted environment, Himalayan range, the group of holy lakes which are sacred to both Hindu and Buddhist people and the biological diversity of the place.

The vegetation is represented by alpine pasture meadow & Rhododendron scrub. The enticing trail is dotted by the rhododendron forest, which is extremely spectacular in spring. The place's vegetation is famous for housing different types of highly prized medical herbs like Yarsa Gumba, Cordyceps sinensis.  Mammals like Langur monkey, Assamese monkey, Pikas, civet cat; endangered animals like Musk Deer, Snow Leopard, Himalayan fox, Wild dog, can be found in this region. Butterfly diversity is very rich in this part. Birds like Monal, Blood pheasants are found in Nasim & Yaks are found in Nasim.

This is also a famous Hindu and Buddhist pilgrimage site in Nepal.  An important festival, the Janai Purnima festival, is held here every year in August when Brahmin comes here for the ritual changing of the sacred thread ‘Janai’, they wear around their bodies. Near Panch Pokhari there is a Hindu Temple of Lord Shiva. 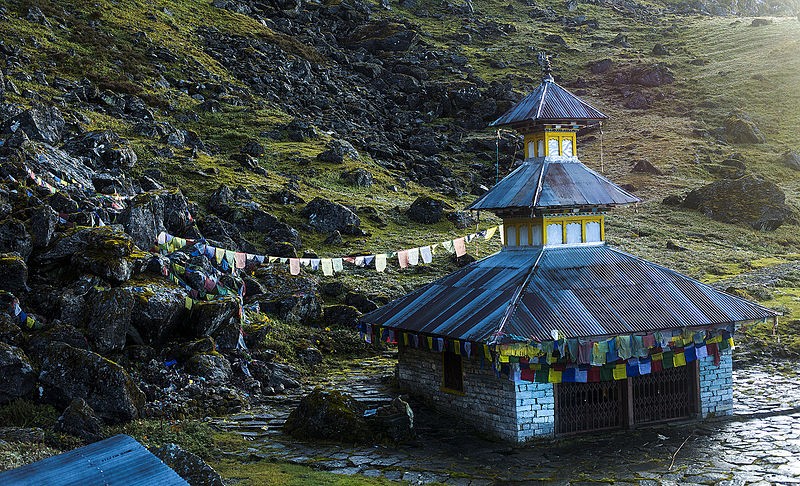 Various settlements of Sherpa and Tamang people lie on the trail and trekkers can have a prospect to know the cultural factors of their lifestyles and incredible hospitality. The best months for trekking up to the Panch Pokhari will be in February-June, and September- November. However, the months of July and August are also good but the views may get fogged up.