Nuwakot treasures the undiscovered historic places that give the experience of the original culture and history of Nepal.

Nuwakot is a district in Nepal known for the history and religious significance it carries. It provides visitors with a spectacular view of sunrise and sunset. It has a treasured destination for travelers who want to experience the original taste of Nepalese culture and religion. One can see various old buildings that follow the Newari architectural style. It is still known as the undiscovered treasure as the religious sites have not yet been hyped. But the ones who visit return with warm memories and stories of the history of Nepal.

The significant destinations are:

Also known as ‘Saat Tale Durbar’ (seven-story fortress) was built by Prithvi Narayan Shah, who unified our country Nepal. This particular palace also served as the main fort for the king before he conquered Kathmandu city. Until 2011, all the seven floors of the palace were exhibited as museums.

A magnificent temple that stands in Durbar Square does restrict visitors during usual days. A brief visit is allowed during Dashain and Sinduri Jatra (a religious festival). It was built during Mahendra Malla’s regime. It is dedicated to Goddess Taleju Bhawani, who was originally from South India but was later worshipped as Royal Goddess of the Malla Dynasty.

The destination was previously used as army barracks. It also has two small shrines that are dedicated to Lord Vishnu. It is also known as the Garad Ghar. Once it carried four floors but now it has been reconstructed and reduced to two. The premises of Garad ghar is peaceful and has a beautiful temple.

Just beside Garad Ghar, stands the Ranga Mahal. It was previously used for various events. Due to the damage caused by the earthquake in 2015, the events are not held and neither are visitors allowed inside the building. However, taking a round around the village will give you a sense and understanding of the architectural style of the Malla dynasty and the Newar designs, art, and architecture.

It is one of the most significant shrines (around 400 years old) in the district that was built during the Lichchhavi dynasty. The temple carries original pagoda-style architecture that was crafted by local artists of Bhaktapur. It is believed that the golden roof of the temple uses 30 tolas of gold. It is good news that the reconstruction of this temple has been recently completed. 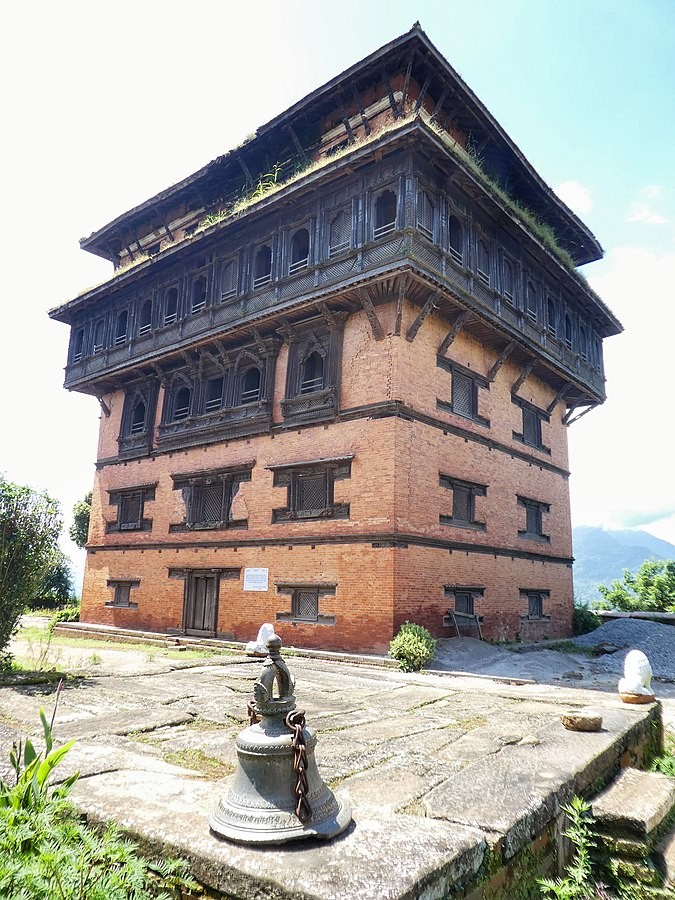 The historic town, Nuwakot was severely affected by the 2015 earthquake. Many structures are under reconstruction. However, to bring tourism back to life in Nuwakot, it is vital to revive the cultural and remarkable symbols of the town.