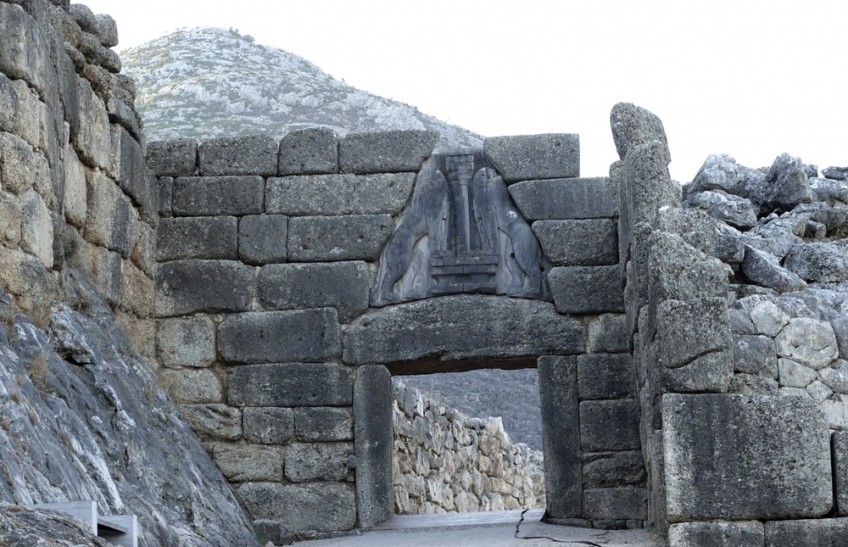 Monuments at Greece’s archaeological site of Mycenae have not been damaged by a wildfire that swept through the area, despite the blackening from smoke on the iconic entrance to the ancient citadel, Greece’s culture minister said Monday.

Four water-dropping planes and two helicopters helped dozens of firefighters contain the blaze Sunday after it reached the fringes of one of Greece’s most important archaeological sites, 120 kilometers (75 miles) southwest of Athens.

The Bronze Age fortified city, whose rulers were key figures in ancient Greek legend, including the Trojan War, flourished centuries before the major Acropolis temples were built in Athens and were a major center of Mediterranean civilization.

Smoke from the flames blackened the 3,250-year-old Lion Gate, named after the monumental relief sculpture of two heraldic lions flanking a pillar that crowns the entrance to the ancient citadel.

“The damage caused by yesterday’s fire was the least possible,” Culture Minister Lina Mendoni said during a visit to the site Monday, adding that none of the site’s monuments or the Mycenae museum had suffered any damage.

Photos released by the ministry Monday showed no traces of burning inside the site. “Smoke blackened some walls,” Mendoni added. “The problem is (only) aesthetic.”

Mycenae has been closed to visitors but the Culture Ministry said it will reopen Tuesday.

Safety Protocols Not Being Followed At Kalimati Fruit And Vegetable Market