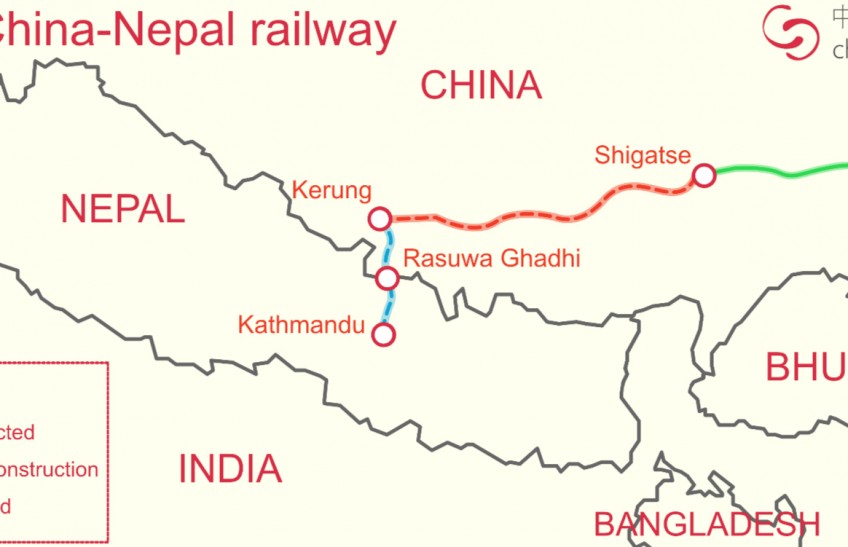 The Government of China has proceeded with the study of Kathmandu-Kerung railway in its territory. The project however has been affected by global COVID-19.

The study will be carried out on the area from Shigatse to the border with Nepal. China conducting the study has been a positive move at a time when the project has been affected by the infection, said the Railway Department of Nepal.

Kerung-Shigatse section of the project is longer than Kerung-Kathmandu. Kerung to the border with Nepal spans around 400 to 500 kilometres and Rasuwa to Kathmandu on Nepal's side is 72 kilometres. Government of both Nepal and China has accorded high priority to the project.

National Railway Authority of China handed a preliminary study report of Kerung-Kathmandu railway to the Government of Nepal two years ago. Discussions at various levels were underway to carry out further study of the project, it has been said.

An agreement to carry out a study of the project was reached during China's President Xi Jinping's visit to Nepal last year. Following this, a working-level agreement had been struck. A Chinese team during the visit of President Xi submitted a report of a pre-feasibility study of the Kathmandu-Pokhara-Lumbini railway.

The government of China conducted feasibility study after it was keen on operation of the railway system linking Kathmandu, Pokhara and Lumbini besides linking Kerung with Kathmandu.

Series of talks have been held between the Nepali and Chinese officials regarding research and studies of the Kathmandu-Kerung Railway. Feasibility study for the Railway is being held in three ways - aerial survey, geological survey and railway alignment - which is likely to take two years approximately to complete.

Similarly, over 200 million Yuan is estimated for the feasibility study which is borne by Chinese side. The Nepal-China Cross-Border Railway Connectivity Project as such is likely to aid in expanding Nepal’s connectivity with China and vice versa more vigorously.

Safety Protocols Not Being Followed At Kalimati Fruit And Vegetable Market

Domestic And International Flights To Operate From September 1