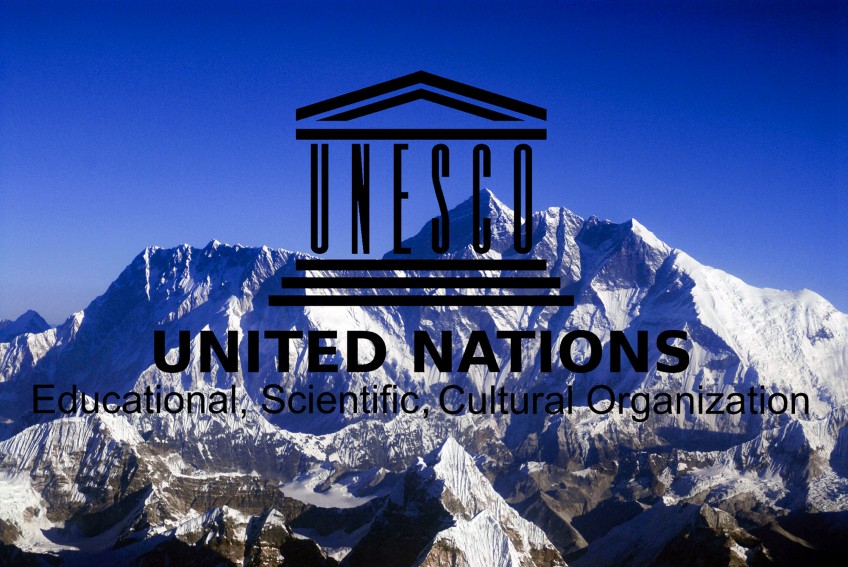 There are 10 UNESCO World Heritage Sites in Nepal, including seven in Kathmandu Valley itself.

UNESCO World Heritage Sites were created in 1978 by the United Nations Educational, Scientific and Cultural Organization (UNESCO). They began designating important sites around the globe as part of an effort to preserve the world’s cultural and natural heritage. As of July 2018, there are 1092 properties as a part of the cultural and natural value which the World Heritage Committee considers as having outstanding universal value. There are 10 such UNESCO World Heritage Sites in Nepal, including seven in Kathmandu Valley itself.

One of the most sacred and revered Hindu temples, Pashupatinath is located on the banks of Bagmati River. The temple is dedicated to Lord Shiva and attracts a wide number of Hindu devotees, in and out of Nepal every year. It is also the most revered temple dedicated to Lord Shiva in Nepal. The site itself is known to have existed since the beginning of the millennium when a Shivalinga was discovered here. Pashupatinath is also the largest temple complex in Nepal which stretches on both sides of the Bagmati River.

Swayambhunath, fondly also known as the Monkey Temple lies atop a hill in the west of Kathmandu valley. 365 steps lead you up the hillside covered in woods which offers a splendid scenic view of the valley below. Legend has it, the entire valley was once a lake and during his pilgrimage from Mount Wutai, Lord Manjushree saw a Lotus flower in the centre of that lake. He then cut the hill peak at Chobhar by forming a gorge to evacuate the water with his sword to drain the lake. Wherever that Lotus flower settled became the great ‘Swayambhunath Stupa’ and thus the valley became habitable after that.

Boudhanath Stupa is the largest stupa in the country and is considered to be one of the holiest Tibetan Buddhist temples outside of Tibet. Located on the eastern outskirts of Kathmandu, it is a centre for Tibetan culture in Kathmandu. Colourful streets and narrow alleyways along with Tibetan Buddhist Monasteries surround the Boudhanath Stupa. However, it is during the festival of Lhosar (Tibetan New Year) when Boudhanath is full of merriment with a quite a number of devotees present at this heritage site.

This temple is believed to have been built around the 4th century by Lichhavi King Mandev. Changu Narayan is one of the few sites from that period which is still standing. Believed to be the oldest temple in the valley, this double-roofed pagoda styled temple is dedicated to Lord Vishnu in his incarnation as Narayan. The statue of Vishnu in a form of half man and a half lion, an incarnation called Narsingha. The main temple is surrounded by sculptures and arts related to Lord Vishnu. The temples of Lord Shiva, Ashta Matrika, Chhinna Masta, Kileshwor and Krishna are also inside the courtyard of the main temple.

Lumbini is one of the most popular travel destinations in Nepal. Also known for its richness in history and culture, this sacred site is internationally recognized as one of the four major places of Buddhism as it is the birthplace of Lord Buddha. This holy site offers more than just religious monuments. There is a lot to observe from ancient ruins of great archaeological significance to artistic works of great emperors. The many important attractions present here makes it one of the most tranquil and exciting places to visit.

Patan means the ‘City of fine arts’ and was once home to the finest artists in the history of Nepal including Arniko. Patan area, in general, is also known for its beautiful temples scattered throughout the city. Whereas every alley from Patan Durbar will lead you to yet another gorgeous and historically significant temple waiting to be explored. Krishna Mandir situated in the main durbar square that beautifully depicts Lord Krishna’s life through elaborate stone carvings, to Mahaboudha known as the ‘Temple of a thousand Buddhas’, to Banglamukhi and Kumbheshwor temples. Just a few metres from the main square will also lead you to the Golden Temple, another important sight to witness the beautiful harmony of Buddhism and Tantrism.

Chitwan National Park, the first national park in Nepal is located in the subtropical Inner Terai Lowland of south-central Nepal. It covers an area of 932 square kilometres. You’ll have an amazing chance of spotting one-horned rhinos, monkeys and more than 500 species of birds. If you are lucky then you can spot Leopards, Wild elephants, Sloth bears and even Bengal tigers. The park is the last surviving example of the natural ecosystem of the Terai region. There is so much you can do here. Canoeing through the lakes, guided cultural tour of the lifestyle of Chitwan people and so much more.

Sagarmatha National Park located in the Himalayas of northeast Nepal extends over an area of 1,148 square kilometres and features the tallest peak of the world, Mt. Everest. It offers stunning views of mountains, glaciers, rivers, valleys etc. It is the highest national park in the world, with its lowest point over 3000m above the sea level. On exploring the park you may encounter rare species like Snow leopard, Panda and Lynx. There are many different species of plants as well as Blue pine, Rhododendron, Birch, Silver fir etc.