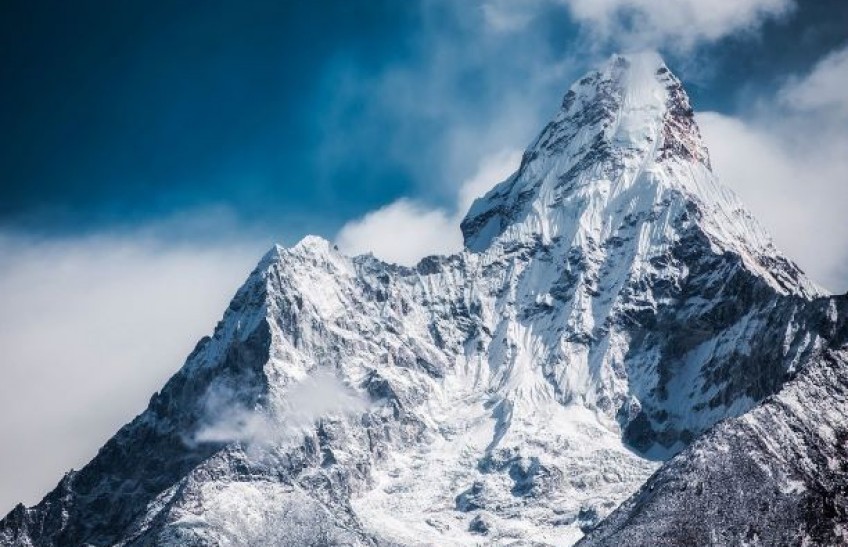 The 13-member mountaineering team including the Prince stepped on the summit of the 6,814 metres tall peak at 11.20 am today,

Prince of Qatar Sheikh Mohammed bin Abdulla Al Thani has successfully climbed Mt Amadablam. The 13-member mountaineering team including the Prince stepped on the summit of the 6,814 metres tall peak at 11.20 am today, the Department of Tourism said.

Department's director Meera Acharya, who is also the chief of the Mountaineering Section at the Department, confirmed that the team including Prince Sheikh Mohammed scaled the peak.

She said this is the first ever ascent on Amadablam in this autumn season. The Himalayan Guides managed the expedition. The team comprising the Qatari Prince that climbed the mountain had six climbers. Some American and Canadian mountaineers were also in the team.

Six foreign and seven Nepalis successfully made it to the summit of Mt Amadablam, the Liaison Officer assigned to the Mt Amadablam informed the Department.

Before this, an expedition team of the Royal Guard including Bahrain prince Naseer Bin Hamid al-Khalifa had climbed the 8,163-metre-high Mt Manaslu and returned home in the third week of October.

As per the latest information shared by the Department, seven mountaineering expedition teams have been given permission for climbing mountains this autumn season. Mountaineering royalty amounting Rs 3 million 374 thousand 82 has been collected from this.

Shanghai Quarantines 186 After Case At Airport