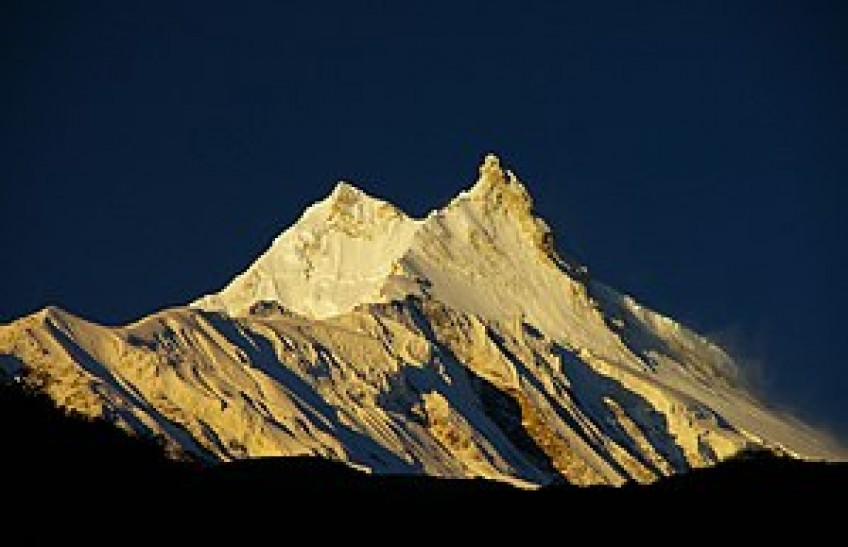 Prince of Bahrain, Nasser bin Hamad Al Khalifa, has come to Nepal in connection with mountaineering. An 18-member team including the Prince arrived in Kathmandu today.

The team is scheduled to climb Mt Lobuche of the Khumbu region in Solukhumbu district and Mt Manaslu in Gorkha district. The Bahraini mountaineering team arrived here on a special plane of the Sheikh Isha Airways at 11 am, the Tribhuvan International Airport (TIA) Office said.

According to the Embassy of Nepal in Bahrain, an 18-member team including a member of the Bahraini royal family last night had left Bahrain for Nepal in connection with mountaineering expedition to Lobuche and Manaslu.

Nepal’s ambassador to the Kingdom of Bahrain, Padam Sundas, Second Secretary at the embassy Aruna Ghising, labour attache Damodar Dahal, among other officials, had extended best wishes to the team for a successful mountaineering expedition.

On the occasion, Ambassador Sundas expressed the belief that the mountaineering expedition by the Bahrain’s member of royal family will add a new dimension to the friendly relations between Nepal and Bahrain.

A meeting of the Council of Ministers on September 1 had granted permission to the team including Bahrain’s prince for climbing the two mountains in Nepal.

The team that has arrived Nepal with an itinerary of around two months aspires to climb Sagarmatha (Mt Everest), taking the expedition on Lobuche and Manaslu as preparation for the same, according to the Embassy.

Permission for climbing only after quarantine

The team will have to take permission from the Department of Tourism for mountain climbing. Director at the Department, Meera Acharya said that the team of the Bahrain prince will have to stay in quarantine as per the aviation guidelines and it would be granted permission only after their PCR test is negative.

Meanwhile, the government has opened mountaineering expeditions for the autumn season. The Department stated that one mountaineering expedition team has taken permission for climbing the 7,129 m tall Baruntse Mountain in the Khumbu region. So far only one team has taken permission for climbing in the autumn season and the team with Bahrain prince would be the second one.