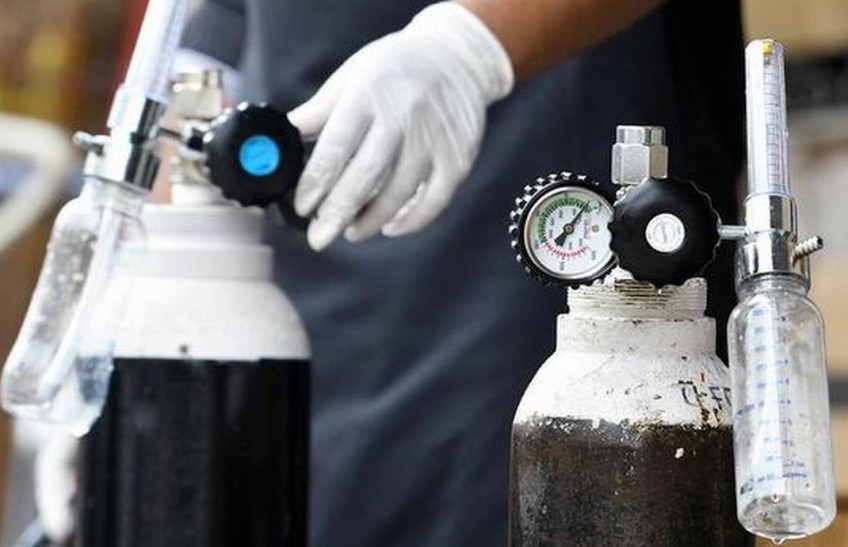 As the second wave of Corona Virus infection gains ground, four hospitals in Jhapa district have begun setting up oxygen plants. The Mechi provincial hospital is working to bring its oxygen plant into operation from mid-May with investment of Rs. 7.5 million from the Province 1 government. The Mechi hospital in Bhadrapur is running a 75-bed ward for the treatment of the COVID-19 infected.

Likewise, the Omsai Pathibhara hospital in Bhadrapur and B&C hospital in Birtamod are also building their own oxygen plants. Meanwhile, the Manmohan community hospital has already brought its plant into operation.

The Manmohan hospital is currently producing 18 cylinders of oxygen daily, said its Director Romani Bhattarai. The plant was set up four months ago in collaboration with the Subharambha Company.
Earlier, these hospitals were procuring oxygen cylinders from private supplies. The establishment of own plants is expected to meet the demand for oxygen in case of a spur in demand with the rise in COVID-19 infections.

The Mechi hospital currently uses 20 to 25 cylinders in a day and the new plant will be producing 35 cylinders daily, said its accounts officer Manoj Pokharel. The B&C hospital is planning to produce 50 cylinders in a day after its plants comes into operation. "Not every patient will require oxygen, only those in ICU and with severe condition will need it," said public relations officer Pramish Giri.

The Birtacity hospital is constructing a new building and has plans to set up an oxygen plant after the new building comes into operation.

Odd-Even System For Vehicle In Hetauda

It Feels Like Climbing Eiffel Tower While Ascending Dharahara, Said The PM