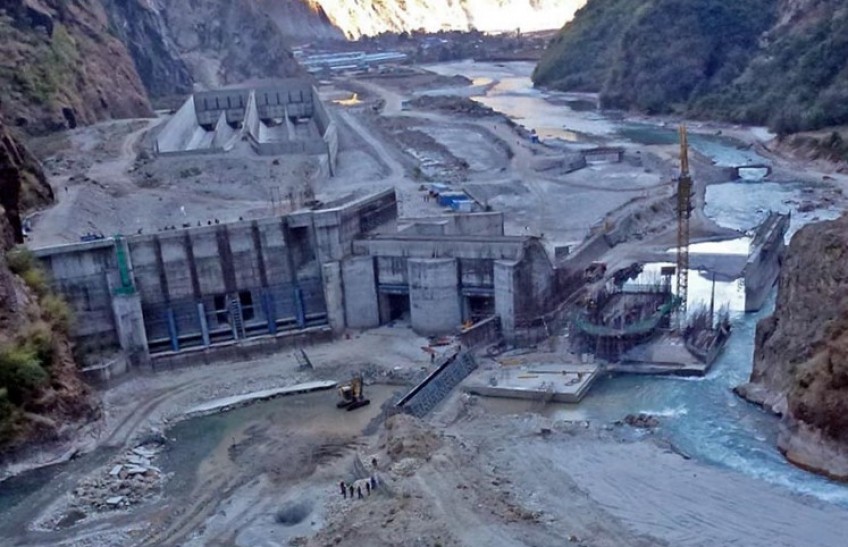 Prime Minister KP Sharma Oli Monday inaugurated the Upper Tamakoshi hydropower project, the country's largest with an installed capacity of 456MW, which is expected to make Nepal a power exporter in the wet season.

Oli "switched on" the button through a video conference after the electricity generated by one of the six turbines of the project was evacuated to the national grid. "Once power is generated from all turbines, the country will have surplus energy making the country capable of exporting electricity," said Hitendra Dev Shakya, managing director of the Nepal Electricity Authority (NEA).

"The completion of the Upper Tamakoshi project has provided an opportunity for Nepal to export power in addition to local consumption, which is a great achievement," Oli said during the inauguration. "Now we have to increase the use of electricity in our kitchen, nationwide electrification, industrial use, education so that we can promote green development of the country."

The project on Tamakoshi River in Dolakha district in central Nepal, approximately 200 km from the capital of Kathmandu, is one of the country's National Pride Projects. Between 2007 and 2017, Nepal went through a massive power outage with load shedding extending up to 18 hours per day. In May 2018, the NEA officially announced the end of load shedding in the country through better management of available power and by importing more power from India.

Nepal's peak demand of power was 1400 MW, while the installed capacity of power projects was 1369 MW during the first half of the current 2020-21 fiscal year that ends in mid-July, said Madan Timsina, the NEA's spokesman.

Pashupati Temple Not To Open In Shrawan For Public