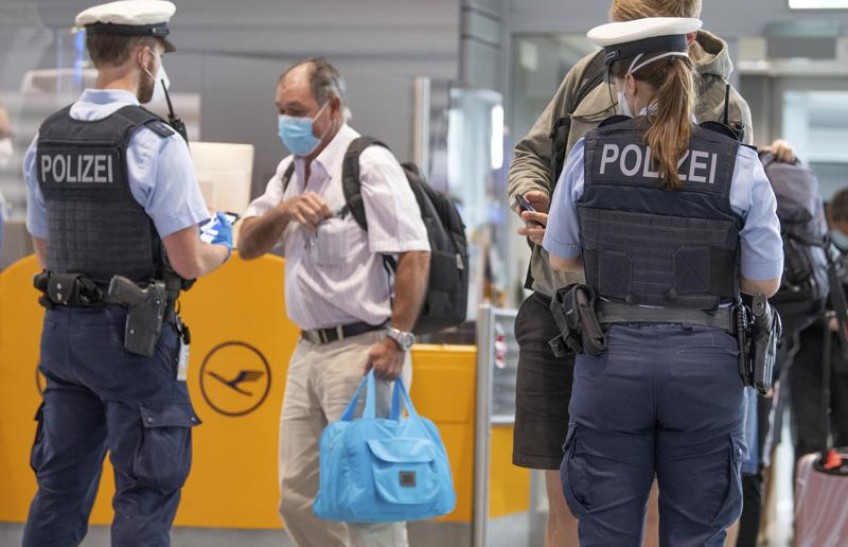 Germany is easing strict restrictions on travel from Britain, Portugal and some other countries.

Germany is easing strict restrictions on travel from Britain, Portugal and some other countries that were imposed because of the rise of the more contagious delta virus variant.

The U.K. had been in the top coronavirus risk category since May 23, and was joined last Tuesday by Russia and Portugal, one of Germany’s partners in the European Union. Airlines and others are restricted largely to transporting German citizens and residents from “virus variant areas,” and those who arrive must spend 14 days in quarantine at home.

People arriving from “high incidence areas,” however, can avoid quarantine if they can prove that they are fully vaccinated or have recovered from COVID-19. Others can cut short a mandatory 10-day quarantine by testing negative after five days. Transport is no longer restricted.

Officials have said the listings would be reviewed as the proportion of infections caused by the delta variant in Germany rises. Although overall case numbers are very low, more than half of new cases are now believed to be caused by delta. Chancellor Angela Merkel indicated during a visit to Britain on Friday that the restrictions on travel from the U.K. would soon be relaxed.

Pashupati Temple Not To Open In Shrawan For Public