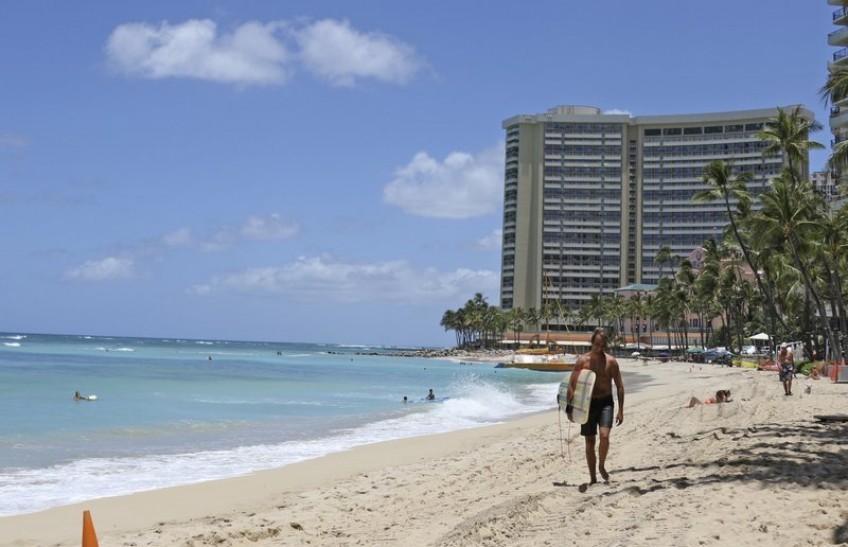 Honolulu’s mayor wants to change Oahu’s coronavirus guidelines to allow for fewer restrictions despite a growing number of COVID-19 cases .

Honolulu’s mayor wants to change Oahu’s coronavirus guidelines to allow for fewer restrictions despite a growing number of COVID-19 cases on the island. Each county in Hawaii sets forth guidelines for when to impose certain restrictions based on positive case counts. Under the current scheme on Oahu, Hawaii’s most populated island, tighter restrictions should be triggered by a seven-day average of 50 to 100 cases.

The island has had an average of more than 50 cases per day for the past week, The Honolulu Star-Advertiser reported Wednesday. That should trigger a return to tighter restrictions, but Honolulu Mayor Rick Blangiardi said Monday he was “dead set” against rolling back. “We feel very confident on where we are in regards to vaccinations, our hospitalizations,” said Blangiardi.

Oahu moved into tier three of the county’s four-tier system in late February after being in the more restrictive tier two since October. Blangiardi sent a request to Gov. David Ige asking that criteria for tier three be increased to a seven-day average case count of 50 to 100, the current guideline for tighter restrictions under tier two.

“If we can just stay in the range that we’re at, if we continue to vaccinate like this, we’re going to pull through,” Blangiardi said. “We’re in a very different set of circumstances at this time now than we were just 90 days ago.” Tier three allows for social gatherings of up to 10 people, restaurants to seat up to 10 per table — an increase from five in tier two — and for gyms to operate at 50% capacity instead of 25%.

Average daily cases for Oahu have increased by 42% over two weeks. It is the wrong time to ease restrictions, said Tim Brown, an infectious disease modeler and senior fellow at the East-West Center.