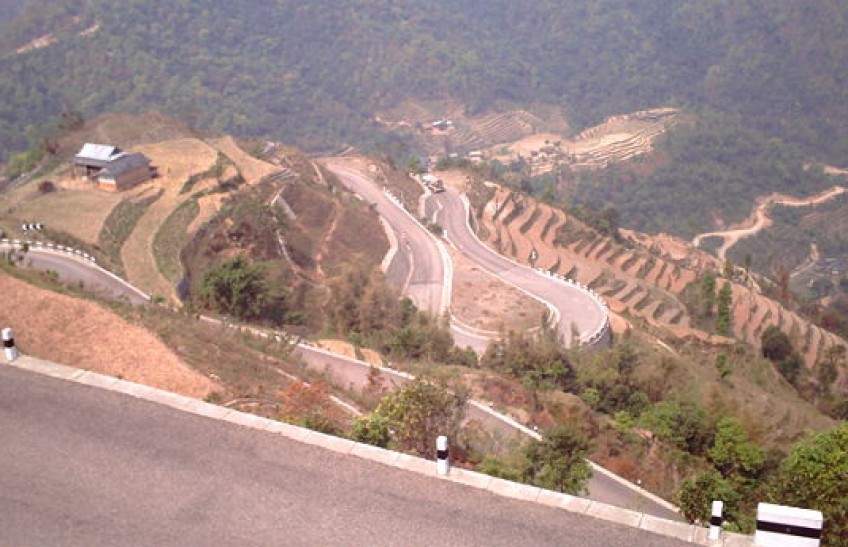 NPC Vice-Chairman Pushpa Kandel informed that some areas for the mid-hill highway were disputed in Gorkha, Lumjung and Kaski and efforts were on to fizzle out the dispute.

A high level team comprising Chief Minister of Gandaki Province Prithvi Gurung, Vice-Chairman of the National Planning Commission Dr Pushpa Kandel, expert on infrastructure at Prime Minister's Office Gajendra Thapaliya and others conducted the monitoring of disputed location along the Mid-Hill Highway in the district on Thursday.

The team reached Thakrebensi section at Sundar Bazaar Municipality-7 and 5 and Bhorletar and Ram Bazaar sections of Madhya Nepal Municipality-6.

Following the inspection, CM Gurung said the detailed project report (DPR) would be made for the disputed 8-km road falling into Sundar Bazaar within this fiscal year. "The bottlenecks on road construction need to be wiped out. The roadway will be begun without affecting people. For it, cooperation is needed from all sectors," he said.

The CM further mentioned that most of the houses at Sundar Bazaar will be saved along the Mid-Hill Highway. Government is committed not to impact negatively to the locals while constructing road. He however said the government would fix the standard of road in the Sundar Bazaar area.

Similarly, NPC Vice-Chairman Pushpa Kandel informed that some areas for the mid-hill highway were disputed in Gorkha, Lumjung, and Kaski and efforts were on to fizzle out the dispute. According to him, it was not possible to construct roadway as per standard of Mid-Hill Highway at the disputed section of Lamjung. "Anyway, DPR will be prepared and construction begun accordingly," he assured.

Door Opened To Send Nepali Youth To Israel For Employment