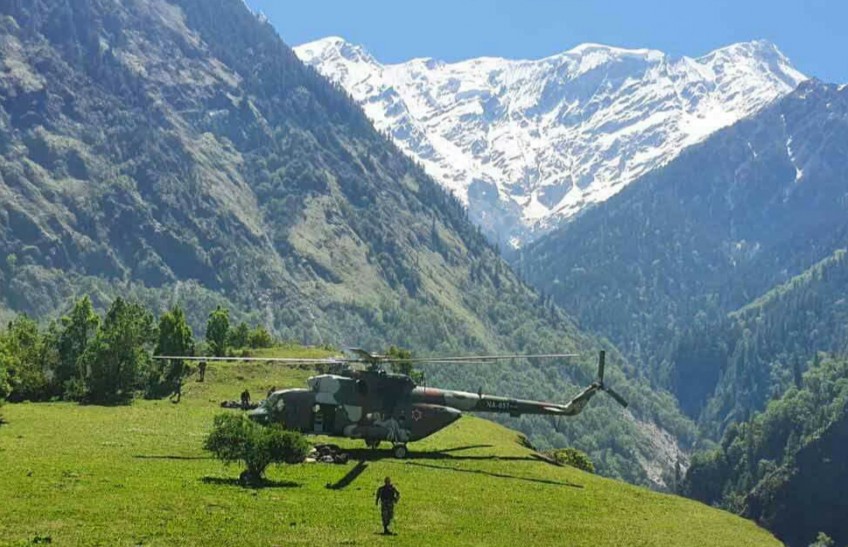 Nepal Army has deployed a 'section plus' unit near Ghantibagar area of Darchula District. The government had on April 26 decided to give the responsibility to the army to construct 87 kilometres road section under the Mahakali corridor (Darchula Tinkar Road Project).

An army unit has been deployed at Ghantibagar area of Byas Rural Municipality-2 on Thursday for construction of nearly 450 metres long and two metres wide mule trail in the area, the Nepal Army's Public Relations and Information Directorate stated in a press note.

A population of about 1,200 from 182 households at Chhangru and Tinkar villages would be benefited with the construction of the mule track there. These villages lie in Byas Rural Municipality-1 which is also the border transit with China and India.