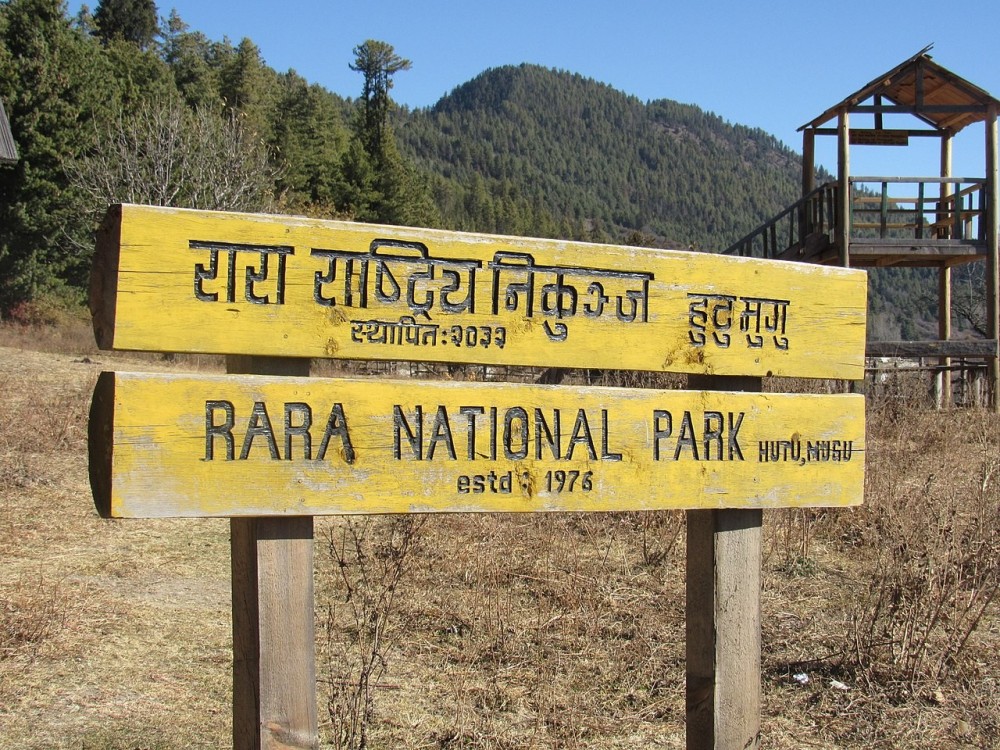 Home of the biggest lake and huge diversity in Nature

Rara National Park is a protected area in the Himalayas of Nepal and was established in 1976. Covering an area of 106 km2 (41 sq mi) in the Mugu and Jumla districts, it is the country's smallest national park. Its main feature is Rara Lake at an altitude of 2,990 m (9,810 ft). The park was established to protect the unique flora and fauna of the Humla–Jumla Region of Nepal.

One thousand and seventy species of flora are estimated from Rara National Park. Rhododendron, fir, brown oak, and birch species are found in the sub-alpine region. Below 3,200 m (10,500 ft), the vegetation consists of mainly blue pine (Pinus excelsa), rhododendron (Rhododendron arboretum), west Himalayan spruce, black juniper and Himalayan cypress. Above 3,200 metres (10,500 ft), the vegetation changes to a coniferous forest consisting of a mixture of fir, spruce and pine.

There are 241 recorded species of birds, including 49 wetland species. Coots are often found in the lake. During the winter, great-crested and black-necked grebes, red-crested pochards, mallard, common teal (Anas crecca), and common merganser are common. Other birds seen often include the Himalayan snowcock, chukar partridge, Himalayan monal, kalij pheasant and blood pheasant.

In 1979, three endemic snowtrout species were collected in Lake Rara and described as new species: the Nepalese snowtrout Schizothorax nepalensis, the Rara snowtrout, and Nepalese snowtrout. Also in 1979, the frog species Paa rarica has been first recorded as endemic to the lake.