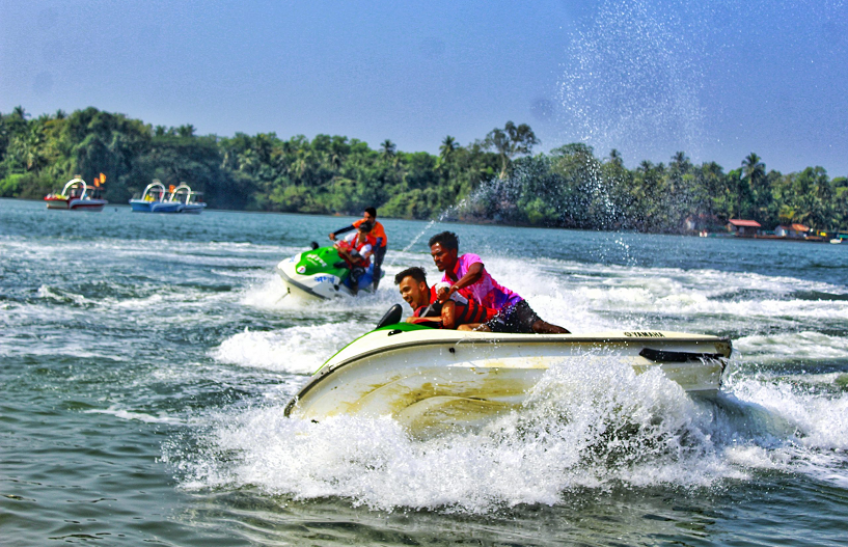 Jet Boat service has been brought into operation in the country's biggest man-made lake, Bharat Lake, constructed at Bagmati municipality-12 in Sarlahi district.

Mayor of Bagmati municipality, Bharat Kumar Thapa, said that the lake has now become the center of attraction. Hundreds of domestic and foreign tourists arrive here to see the lake and enjoy boat rides, he added.

The 45-feet deep lake has been constructed on 121 bighas of land with the special initiation of Mayor Thapa.  A large number of people with their family members visit the lake to enjoy the boat ride and during the summer season on Saturday.

According to the municipality, there is a plan to construct a garden, park, and picnic spot making the lake systematic. The lake is also becoming a famous place for making Tiktok videos. Out of the total visitors visiting the lake, around 90 percent make Tiktok videos.

Although the total cost of the lake has been estimated at around Rs 300 million, it has not been made public yet.

Similarly, motorboats named Rhinos, Fishtail, and Jet Boat would bring into operation in the lake while the 300-seat mini-cruse having 26 deluxe rooms, restaurants, and seminar hall is being designed.

People's representatives of different local levels across the nation also used to visit the area for the study of the lake and tourism development of the area.

Monsoon To Be Active For Three More Days

No Relief In Sight For Haiti As Toll Rises