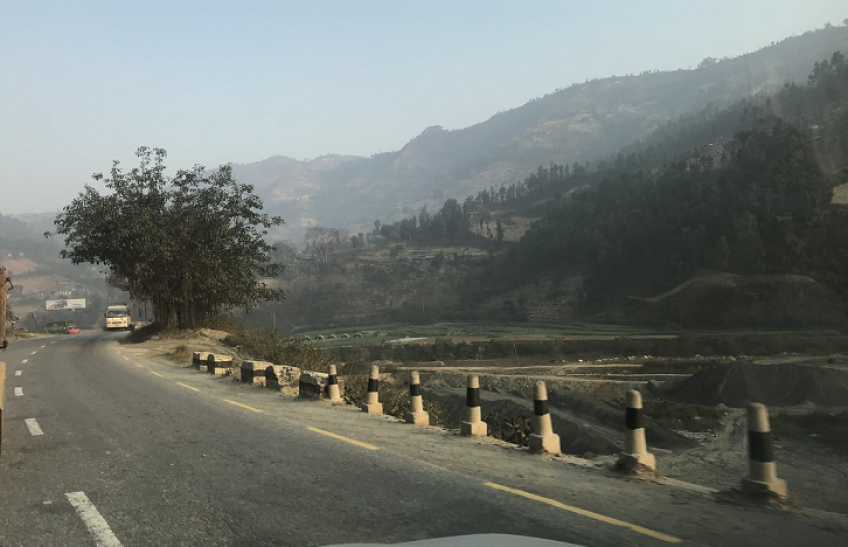 The Beni-Jomsom road, which connects Mustang with the national highway through Myagdi, has come into operation after a gap of six days.

The Beni-Jomsom road, which connects Mustang with the national highway through Myagdi, has come into operation after a gap of six days.

Due to the landslide in Kavre of Annapurna Rural municipality-3 of the district and obstruction by the locals, the 76 km long Beni-Jomsom road had remained closed for traffic from 2nd of August. According to the District Police Office, Myagdi, the road had been repaired on Saturday evening with the consent of the locals.

Residents of Kavre had obstructed the road maintenance and construction work demanding compensation for the land damaged by the landslide and protection of human settlements at risk. Deputy Superintendent of Police of Myagdi Shyam Kumar Rai said that the agreement was reached after the road project committed to provide compensation by assessing the land damaged during the road expansion and to protect the vulnerable human settlements.

Discussions were held in Kavre on Friday in the presence of provincial assembly members from Mustang. Mahendra Bahadur Thakali, Chandra Mohan Gauchan, CDO Srinath Poudel, Myagdi's CDO Ganesh Bahadur Adhikari, and security officials. According to local resident Khadak Khatri, the landslide washed away about 15 meters of road in Kavre, washed away the cultivable land of the locals, and endangered 15 houses.

The Beni-Jomsom road, which is being upgraded, has been repeatedly blocked due to landslides. Roads at Rahughat, Begkhola, Rupsekhola, and Kavrebhir of Myagdi have been obstructed during the monsoon, creating problems for travelers, specially ferrying the sick to the hospital and transporting daily essentials.