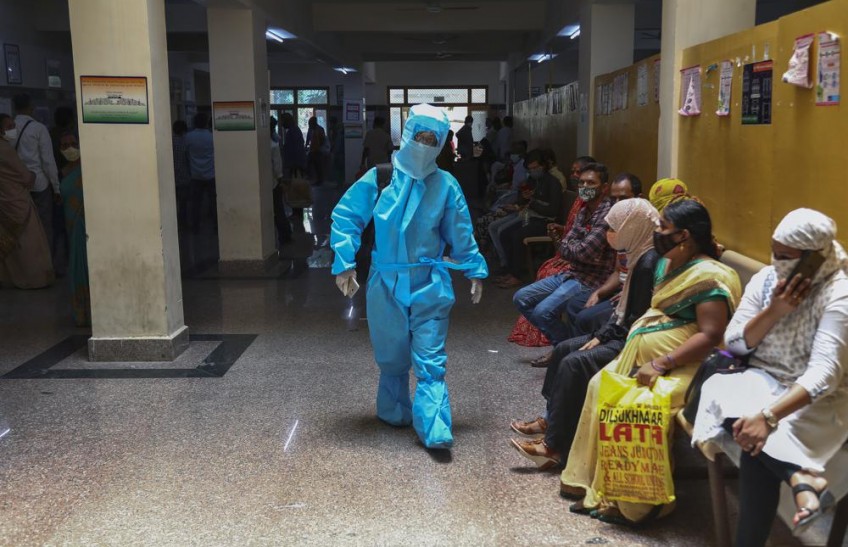 India set another global record in new virus cases Thursday, as millions of people in one state cast votes despite rising infections and the country geared up to open its vaccination rollout to all adults amid snags. With 379,257 new infections, India now has reported more than 18.3 million cases, second only to the United States. The Health Ministry also reported 3,645 deaths in the last 24 hours, bringing the total to 204,832. Experts believe both figures are an undercount, but it’s unclear by how much.

India has set a daily global record for seven of the past eight days, with a seven-day moving average of nearly 350,000 infections. Daily deaths have nearly tripled in the past three weeks, reflecting the intensity of the latest surge. And the country’s already teetering health system is under immense strain, prompting multiple allies to send help.

A country of nearly 1.4 billion people, India had thought the worst was over when cases ebbed in September. But mass public gatherings such as political rallies and religious events that were allowed to continue, and relaxed attitudes on the risks fed by leaders touting victory over the virus led to what now has become a major humanitarian crisis, health experts say. New variants of the coronavirus have also partly led the surge. Amid the crisis, voting for the eighth and final phase of the West Bengal state elections began Thursday, even as the devastating surge of infections continues to barrel across the country with a ferocious speed, filling crematoriums and graveyards.

More than 8 million people are eligible to vote in at least 11,860 polling stations across the state. Election Commission has said social distancing measures would be in place. Prime Minister Narendra Modi and his Bharatiya Janata Party have faced criticism over the last few weeks for holding huge election rallies in the state, which health experts suggest might have driven the surge there too. Other political parties also participated in rallies.

The state recorded more than 17,000 cases in the last 24 hours — its highest spike since the pandemic began. Starting Wednesday, all Indians 18 and older were allowed to register on a government app for vaccinations, but social media were flooded with complaints the app had crashed due to high use, and once it was working again, no appointments were available.

The vaccinations are supposed to start Saturday, but India, one of the world’s biggest producers of vaccines, does not yet have enough doses for everyone. Even the ongoing effort to inoculate people above 45 is stuttering. One state, Maharashtra, has already said it won’t be able to start on Saturday. Since January, nearly 10% of Indians have received one jab, but only around 1.5% have received both required doses.

On Thursday, India’s Foreign Secretary Harsh Vardhan Shringla told reporters that the country is facing an “unprecedented” second surge with over 3 million active cases that have pushed the health system close to collapse, causing the acute shortages of oxygen and other hospital supplies. Help is coming from overseas. “There’s been an outpouring of, lets say, assistance from various countries,” Shringla said, adding that over 40 nations have committed to send assistance.

Meanwhile, the U.S. has advised its citizens to leave India. An alert on the U.S. Embassy’s website warned that “access to all types of medical care is becoming severely limited in India due to the surge in COVID-19 cases.”