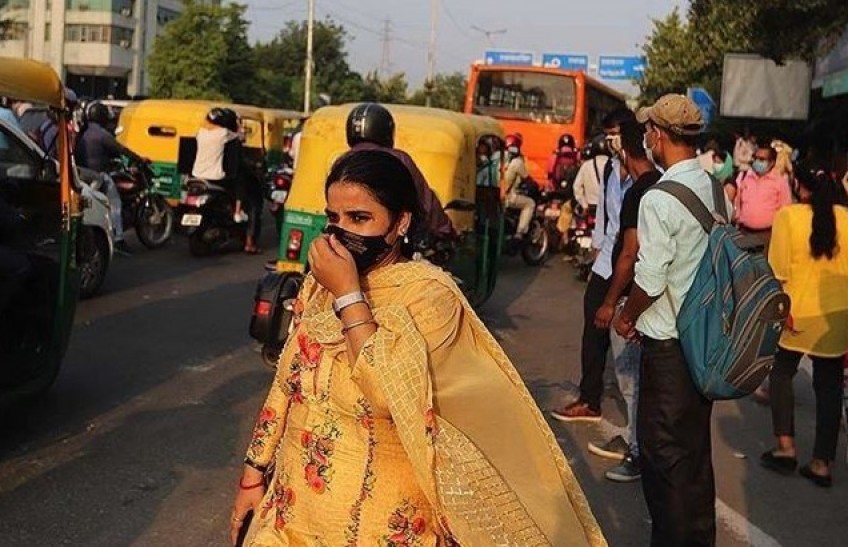 WHO said that India alone accounted for 38 percent of all infections recorded in the seven-day period that ended on April 25.

As the number of COVID-19 cases worldwide has been on the increase for the ninth consecutive week, the World Health Organization (WHO) said on Wednesday that India alone accounted for 38 percent of all infections -- or 2,172,063 new cases -- recorded in the seven-day period that ended on April 25.

The surge in India is understood to be fueled by the new COVID-19 variant dubbed as the "double mutant" and scientifically identified as B1617. It was "detected at increasing prevalence" among the new cases in the country, according to the WHO.

The B1617 variant is believed to contain mutations from two separate virus variants. The WHO said that B1617 "has a higher growth rate than other circulating variants in India, suggesting potential increased transmissibility." Seventeen countries are now suspected of harboring the new variant, the WHO said in its weekly update. They include Singapore, the United Kingdom and the United States. India also reported a 93 percent week-on-week increase in the number of coronavirus-related deaths last week. In the past seven days, 15,161 people lost their lives to the virus.

The number of COVID-19-related deaths has also increased for the sixth consecutive week in southeast Asia and the eastern Mediterranean region, but elsewhere the fatality figures have slightly decreased. "To put it in perspective, there were almost as many cases globally last week as in the first five months of the pandemic," said WHO Director-General Tedros Adhanom Ghebreyesus on Monday. He described the situation is India as "beyond heartbreaking."