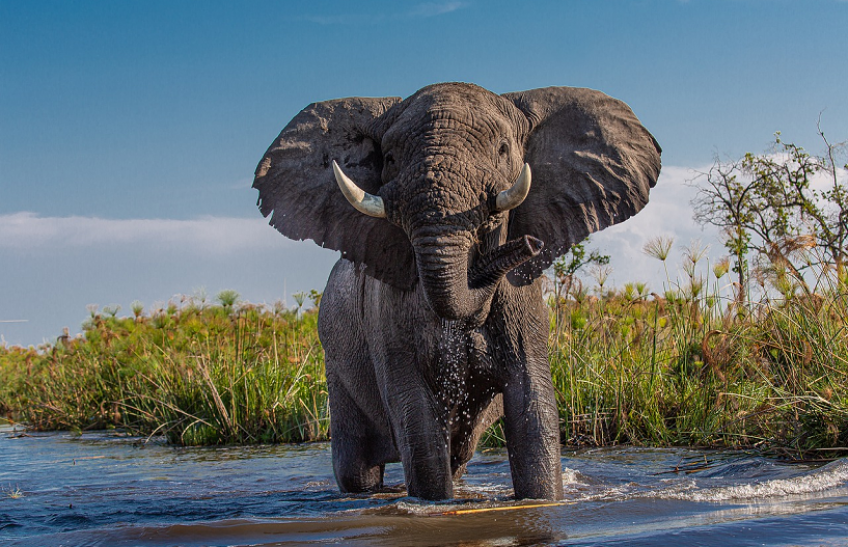 Elephants are mobilized in patrolling, an inspection of wild animals, research bids, and taking the tourists on a tour of the park as well

Tamed elephants have been used for various purposes for ages. These animals are reliable means for transportation, sightseeing, and hunting. Going by history, the rulers including monarchs and Ranas in particular had employed elephants for hunting wild animals.

However, their use in protecting wild animals has been increased lately. Six national parks in Tarai have been using domesticated elephants for the conservation of wild animals. Ramprit Yadav, who served as the chief in the Park for three terms, said that the tusker has historical and religious importance as well, besides its usefulness in conservation works.

Saying Janga Bahadur Rana used to catch elephants in the Charkoshe Jhadi (a dense forest) of Parsa, he shared, “Ramayan and Mahabharat have mentioned that elephants were also used in war.” Yadav further said that elephants are used to control smuggling and poaching, to carry out patrolling, and also to transport staff and foods in the inner parts of the Park lacking road facility.

He mentioned, “Back then an elephant could be purchased at Rs 5,000-6,000. Now it costs more than eight million rupees.” There are 56 security posts in the park. Sixteen of them are employing elephants. Chief Conservation Officer Ananath Baral said that the role of elephants is important in park security.

Elephants are used in patrolling at inner parts of the park including posts during the rainy season. Elephants are transporting park staff, foodstuff, and other goods at other posts except for 20 posts. Baral shared that they rely on elephants for the treatment of the wildlife in each season. He added that they reach the injured animal riding on an elephant in the jungle.

According to National Park information officer Lokendra Adhikari, there are 56 elephants in the park. Of them, nine are infants, 23 are female and others are male elephants. He added that 68 elephants reared in private ways are mobilized to take the tourists on safaris in the buffer zone.

He further claimed that they could do nothing to rescue and treat the animals and humans in a critical situation without the help of animals. The record shows that there are about 200 elephants in the country and Chitwan is home to the largest numbers.

Elephants are mobilized in patrolling, an inspection of wild animals, research bids, and taking the tourists on a tour of the park as well.  The CNP is considered a better abode for elephants in Nepal as it has Elephant Breeding Centre as well.

The CNP is the most successful conservation project which is promoting elephant tourism in the country.