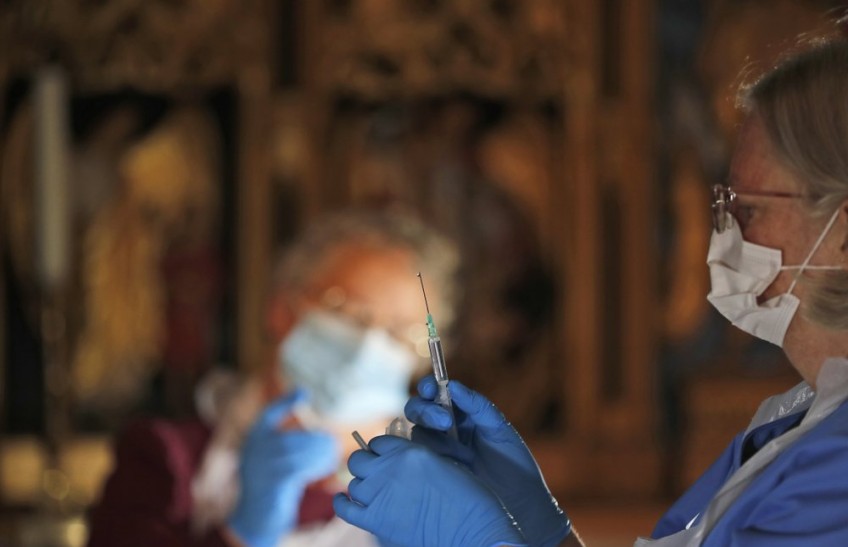 Britain is expanding a coronavirus vaccination program that has seen more than 6 million people get the first of two doses even as the country’s death toll in the pandemic approaches 100,000.

Britain is expanding a coronavirus vaccination program that has seen more than 6 million people get the first of two doses even as the country’s death toll in the pandemic approaches 100,000. Health Secretary Matt Hancock said Sunday that three-quarters of the U.K.’s over-80s have received a vaccine shot. He said three-quarters of nursing home residents have also had their first jab.

Health authorities said 6.35 million doses of vaccine have been administered since injections began last month, including almost 500,000 doses on Saturday, the highest one-day total so far. Health officials aim to give 15 million people, including everyone over 70, a first vaccine shot by Feb. 15, and cover the entire adult population by September.
Britain is inoculating people with two vaccines — one made by U.S. pharma firm Pfizer and German company BioNTech, the other by U.K.-Swedish drugmaker AstraZeneca and Oxford University. It has also authorized a third, developed by Moderna. The U.K. is several weeks into a lockdown to try to slow the spread of the virus. Pubs, restaurants, gyms, entertainment venues and many shops are closed, and people are required to stay largely at home.

The lockdown rules will be reviewed on Feb. 15, but the government says it is too soon to think about easing the restrictions.“There is early evidence that the lockdown is starting to bring cases down, but we are a long, long, long way from being low enough,” Hancock said.

Belgium Bans Leisure Travel For A Month To Combat Pandemic