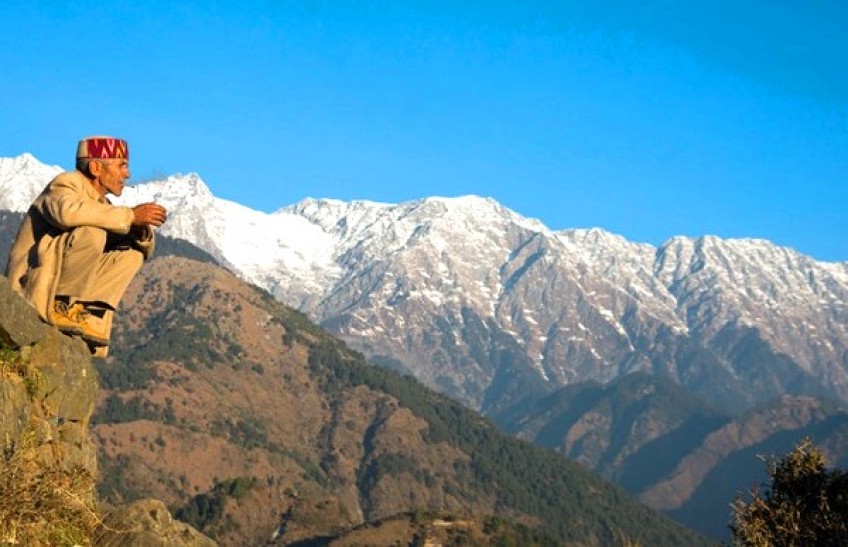 A farmer from Pisang of Manag district, Yangdu Gurung, has been worried over delaying snowfall this year.

A farmer from Pisang of Manang district, Yangdu Gurung, has been worried over delaying snowfall this year.

"It has been two months the snow has not occurred as regular- the village used to witness the snowfall in the first week of Mangsir, but it is not so this year," he said, showing dry terraces.  The snowfall is essential for cultivation here.

He added that the snowfall has not occurred regularly for some years. "This time in the past, all the surrounding areas were blanketed by snow, but now, it is arid with no snow," Gurung lamented. Even the mountains have turned dry and dark.

Along the Annapurna ridges, there are Annapurna I, II, III and IV, Gangapurna and Lamjung peaks. These mountains had glittered with snow last year.  Another farmer Ram Bahadur Gurung also expressed worry that even the temperature was growing here for lack of snow. The glaciers are melting. Although the upper belt in the district saw the snowfall sparsely, the lower belt has not got it since January 5.

It is already the time to cultivate land for potato and buckwheat, but no snow till date, said Binod Lama from Koto of Chame Rural Municipality-2. "Snow is essential for crops. It determines quality to apples, wheat, potato and others," he added.

The farmers have further said the lack of snowfall on time would also adversely affect the production of medicinal herbs including yarshagumba.

Belgium Bans Leisure Travel For A Month To Combat Pandemic