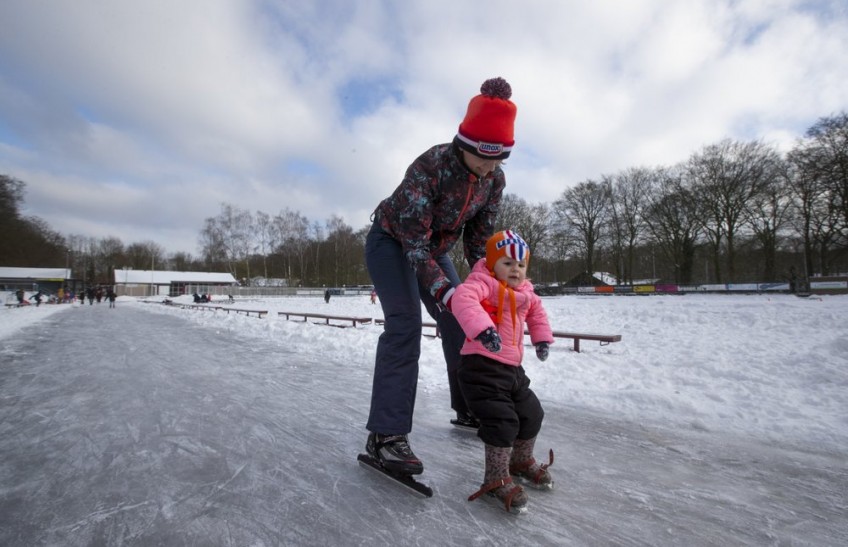 A deep winter freeze gripping the Netherlands is reawakening the national obsession with skating on frozen canals.

A deep winter freeze gripping the Netherlands is reawakening the national obsession with skating on frozen canals. With subzero temperatures forecast to last more than a week, ice fever swept the nation Tuesday, offering a welcome respite from grim coronavirus news while also creating a challenge for authorities trying to uphold social distancing rules.

People around the country were rummaging through attics and dusting off long-unused skates, while businesses that sharpen skate blades reported boom times. Ice skating is a national wintertime passion in the Netherlands, with the country’s spandex-clad elite athletes dominating Winter Olympic speedskating races in recent years. Amateurs of all ages eagerly await the Arctic conditions that allow them to take to the country’s vast network of canals and waterways.

Local schoolchildren visited the skating club in Doorn, 65 kilometers (40 miles) southeast of Amsterdam, which created its rink by spraying water onto an outdoor inline skating track and built up an even ice surface by dragging a Persian rug around it.

Canals are expected to be frozen solid enough later in the week for people to skate on. Authorities in Amsterdam have closed locks and banned boats on parts of the city’s World Heritage-listed ring of canals to give them a better chance of freezing over.