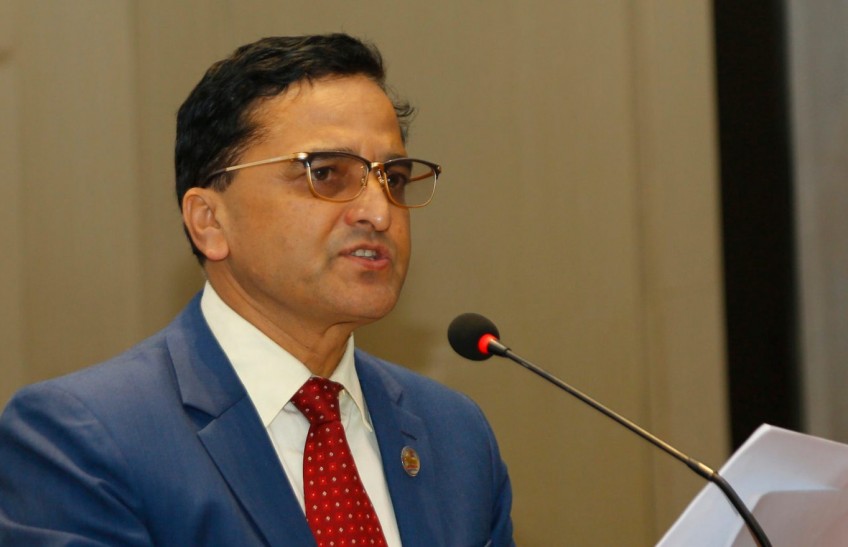 Minister for Culture, Tourism and Civil Aviation Yogesh Kumar Bhattarai has viewed  Padmasambhava Circuit as a milestone for the development of tourism in the country.

In a discussion held at the Ministry of Culture, Tourism and Civil Aviation with the stakeholders and office-bearers of the Barbara Foundation on the development of the Padmasambhava Circuit, Minister Bhattarai said that the circuit was connected with the Buddhist philosophies and was of cultural and religious importance for Nepal.

Bhattarai expressed his confidence that the circuit would attract as many as Tibetan and Chinese religious tourists and would elongate the stay. He shared that the government had allocated budget for the development of the circuit in the new fiscal year. He instructed the concerned department under his Ministry to prepare a DPR for the same.

The Minister argued that from the cultural tourism viewpoint Nepal had all rights reserved when it came to Lord Buddha. Claiming that the circuit would be developed as an international cultural hub, he said, "Padmasambhava, who is the key religious leader to propagate Buddhism, had travelled to various places across Nepal. Those places could be developed as cultural tourism hubs."

Likewise, Director General of the Department of Archeology, Damodar Gautam shared that Padmasambhava, generally referred to as Guru Rinpoche, had arrived in Nepal from Takshashila, in the eighth century for penance.

The then Tibetan King had invited him in Tibet to propagate Buddhism there, according to him. Also speaking in the discussion, Lumbini Buddhist University Prof Dr Ramesh Kumar Dhungel said that the Padmasambhava Circuit will help in the promotion of international cultural tourism.