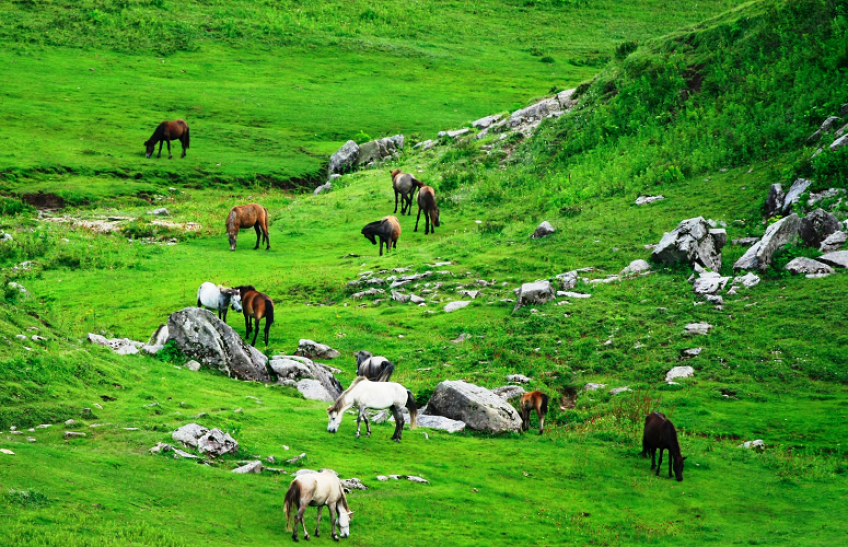 The Khaptad National Park (KNP) has received an encouraging number of domestic and foreign visitors after the COVID-19 infection rate in the district has subsided significantly, said the authorities. The park and surrounding areas have turned green and the lakes are full of the monsoon which are also the pull factors.

Approximately 3,000 tourists, both domestic and foreign, visited the KNP amid the infection, said the park. "The infection in the district has dropped to zero. Many tourists have visited the KNP and other tourist destinations. Now the area is beautiful and charming which has attracted tourists."

There is a homestay facility and a resting place constructed at Jhigrana and Baglek, an entrance to the KNP, which has added to the incoming tourists, said Hariwan Saud, a resident of Purbichauki Rural Municipality.

The park is the focal point of tourism, said Rajendra Shahi, president of the Hotel Entrepreneurs Association, Doti. "Now, Khaptad is the main choice for tourists. The area could attract more tourists had their transportation and other infrastructures developed in place," he said.

Khaptad receives around 90 tourists on a daily basis, said the park. Most of the domestic tourists visiting the KNP are from Bajura, Achham, Bajhang, and Doti districts, said Karka Bahadur Singh, chairperson of the Khaptad Tourism Development Committee.

Tribeni Dham, Nagdhunga, Ashram of Khaptad Swami, and 22 meadows are among the tourist destinations of the area.

Besides, the Ganga Dashahara Fair and a jatra on the occasion of Janai Purnima that have been organized in the area in the Nepali month of Jestha have attracted tourists, said Dinesh Thakulla, a resident of Baglek. "In previous years, hundreds of people came here to see jatras. Many people have visited here to observe cultural festivals and pageants this year too," he said.

Standing 3,500 meters above sea level, the KNP is home to 567 types of vegetation, invaluable medicinal herbs, and 260 species of birds and other wild animals including musk deer, deer, wild boar, Lophophorus, swamp deer, leopard, and bear.

Rich in biodiversity, the area spanning 225 square kilometers was made the Park in 2040 BS.