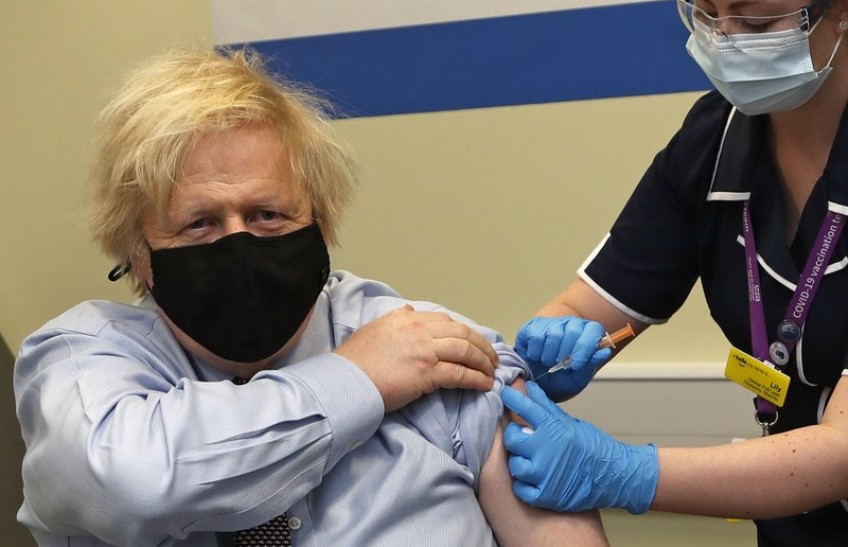 Britain said that half the country’s adults have received at least one dose of COVID-19 vaccine as the government races to reach everyone over age 18 by the end of July.

LONDON
Britain said Saturday that half the country’s adults have received at least one dose of COVID-19 vaccine as the government races to reach everyone over age 18 by the end of July.

The National Health Service has put shots in the arms of 26.9 million people, or 51% of the adult population, according to the latest government statistics. The NHS passed the halfway point by delivering 589,689 first doses on Friday, the highest daily total since the mass vaccination program began in early December.

“It’s a huge success,” Health Secretary Matt Hancock said in a video celebrating the milestone. “And I want to say many, many thanks to all those involved, including the half of all adults who have come forward. It’s so important because this vaccine is our way out of this pandemic.”The announcement followed the news from health authorities earlier this week that Britain would see a “significant reduction” in vaccine supplies next month. The NHS will continue during April to deliver first doses to those most at risk from COVID-19, along with 12 million second jabs, Hancock said Saturday.

In an effort to vaccinate as many people as possible, the U.K. decided to stretch the time between first and second doses to 12 weeks instead of four weeks as initially planned. Public health officials say the vaccines the country is using offer a high level of immunity after one shot, although two are needed for full protection.

Britain has delivered 44 doses of vaccine for every 100 people, more than any other country with a population of more than 10 million, according to data compiled by Oxford University. The United States is second at 35 doses per 100.

Even as Britain celebrates its success, there are growing concerns about the failure of wealthy countries to share scarce vaccine supplies with developing nations.

While Britain should be proud of its vaccination drive, it is time to start thinking about the rest of the world, said Dr. Jeremy Farrar, director of Wellcome, a London-based health policy think tank.