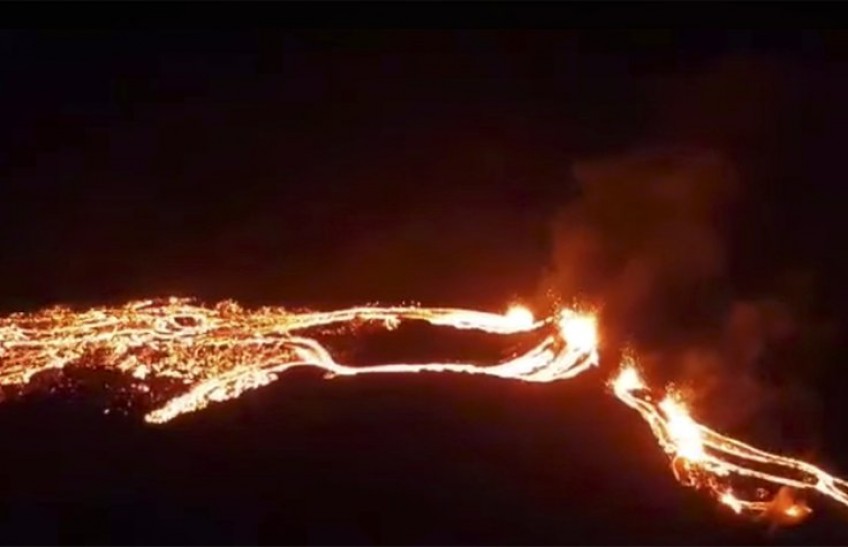 REYKJAVIK,
The eruption of a long-dormant volcano that sent streams of lava flowing across a small valley in southwestern Iceland is easing and shouldn’t interfere with air travel, the Icelandic Meteorological Office said Saturday.

The fissure eruption began at around 8:45 p.m. Friday in the Geldinga Valley, about 32 kilometers (20 miles) southwest of the capital, Reykjavik, the Met Office said. The eruption is “minor” and there were no signs of ash or dust that could disrupt aviation, the agency said.

“The more we see, the smaller this eruption gets,” geophysicist Pall Einarsson told The Associated Press on Saturday after monitoring the volcano throughout the night.

This southwestern corner of Iceland is the most heavily populated part of the country. The Department of Emergency Management said it doesn’t anticipate evacuations, unless levels of volcanic gases rise significantly.

“There is no indication of production of ash and tephra, and there is no imminent hazard for aviation,” the Met Office said on its website.

WHO Urges Countries To Continue Using AstraZeneca Vaccine Against COVID-19

UK PM Gets AstraZeneca Jab As He Reassures It Is "Safe"