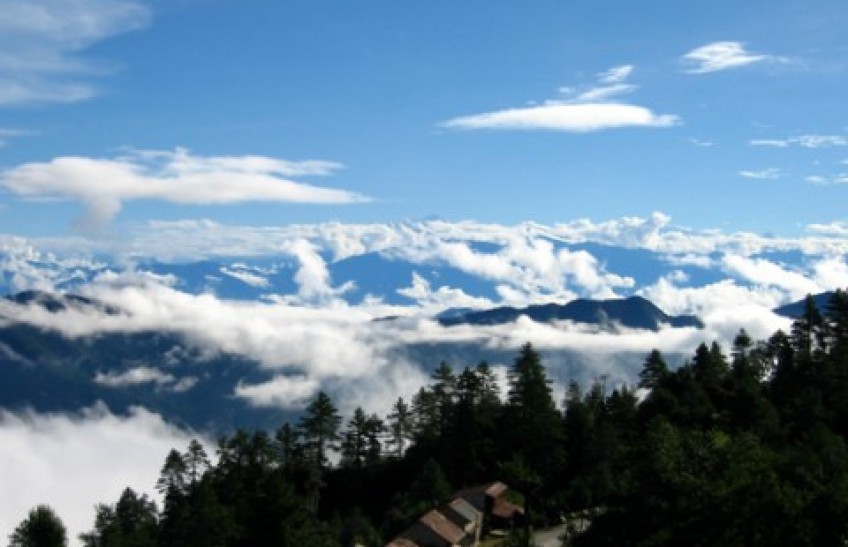 The longest iron stairs built in the country will take visitors to a hilltop at an altitude of about 2,400 meters for panoramic views

A 70 meter long stair made of iron and having 157 steps has been constructed at Daman of Thaha Municipality in Makawanpur district. Daman is a hill station popular among tourists.

The structure is constructed with financial assistance of Rs 5 million provided by the Ministry of Culture, Tourism and Civil Aviation and with the facilitation of the Municipality. Thaha Municipality, Ward No. 4 Chair, Deepeak Singh Lama claimed that this is the longest iron stairs built in the country. The iron stairs lead to the hilltop at an altitude of about 2,400m.

"Now Thaha municipality has an additional view tower with the construction of the 70 metres long stairs and this tower will likely become a tourist attraction for the whole of Nepal," Municipality mayor Lavsher Bishta said.

From the tower one can see many famous peaks from here including Mt Everest.