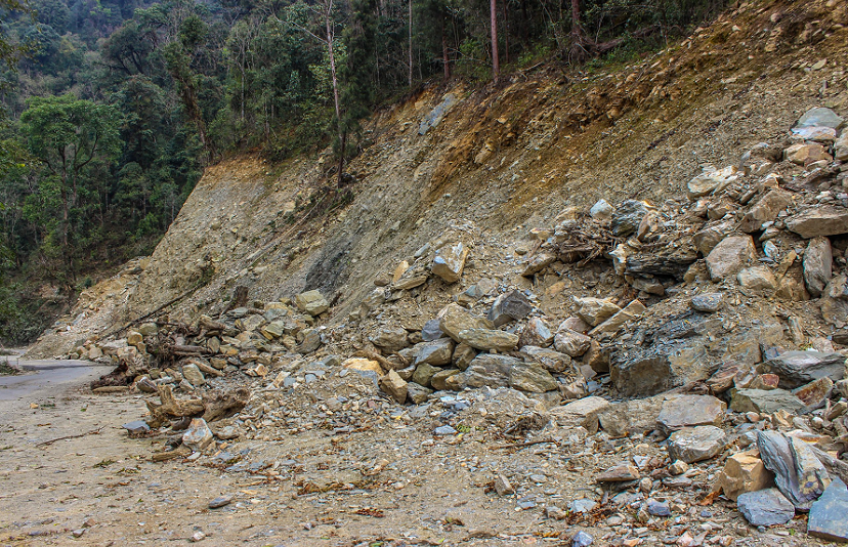 The Parbat-Baglung section of Mid-Hill Highway has been obstructed due to massive landslides for six days. The landslide that occurred in the area between Armadi and Nayapul of Kusma Municipality in the district on July 8 obstructed the roadway.

Although Lama Construction has carried on the efforts to clear off the debris, there are boulders impeding the progress. As the dozer could not split the rocks, the district administration took the help of the Nepal Army to use explosives to break the rocks but in vain.

The Nepal Army’s Kebaljung Company made two explosions on Monday, but the rock did not break. The traffic police chief in the district, Krishna Khadka, informed that the NA would continue its efforts to break the huge rock on Tuesday as well. Likewise, the torrential rainfall has impeded the works too.

He, however, said if the rainfall declines, one-way traffic could be opened by Tuesday evening. Hundreds of vehicles ply daily on the road. It is one of the busiest roads linked to Pokhara city as well. Due to the obstruction, alternative routes- the rural roads are being used. However, heavy vehicles are stranded at Baglung, Myagdi, and Parbat districts.