Reach of tests for coronavirus not expanding in Sudurpaschim 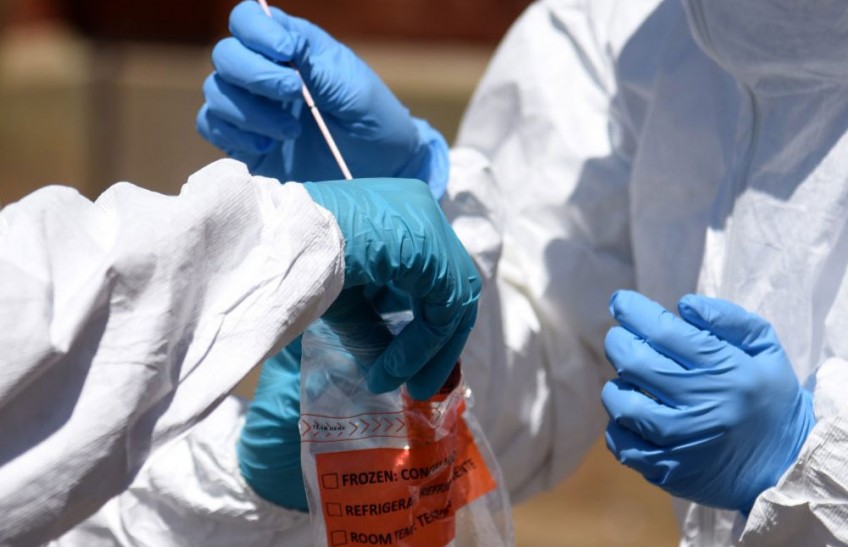 The Sudurpaschim State government has informed that Rs 13.4 million has been spent on the purchase of PCR and RDT kits for COVID-19 tests, however, it has not made meaningful initiatives for expanding the reach of coronavirus tests throughout the state.

The Sudurpaschim State government has so far spent Rs 13.4 million for the purchase of PCR and RDT kits for conducting tests for coronavirus. Some days back the provincial government had made public the expenditure that it made for the prevention, treatment and management of COVID-19.

It stated that Rs 584.8 million has been spent under this heading. However, it has not made meaningful initiatives and expenses in purchasing the machines and test kits required for expanding the reach of coronavirus tests throughout the state.

As per the Province Health Supplies Management Centre, the provincial government has procured 2,400 units of kit for carrying out tests for coronavirus through polymerase chain reaction (PCR) method. These kits have been purchased at the rate of Rs 4,500 per unit.

"Rs 10.8 million has been spent in buying 2,400 kits. These kits have been provided by the Ministry of Health and Population and the Nepal Army directly to the Province Public Health Laboratory and to the laboratory being operated here," Centre's public health inspector Laxmi Kumar Shrestha said.

The Health Supplies Management Centre Dhangadhi has said so far 174 thousand 92 test kits have been used for conducting tests for coronavirus in Sudurpaschim through the rapid diagnostic test (RDT) method. Of this number of kits used under the RDT, 80 thousand 150 units of kits were provided by the centre while the provincial government had purchased 24 thousand 700 kits. "Rs 2.63 million has been spent so far in purchase of RDT kits. Per unit cost of RDT kit is Rs 950," Shrestha said.

Similarly, the local levels of the state have been conducting tests by purchasing RDT kits themselves. According to Shrestha, the number of test kits purchased and used by the local levels is not been made available to the Centre yet. "The local levels have also expanded the scope of tests by purchasing RDT kits. The province government had said it would install PCR machine in Doti and Baitadi to expand the scope of tests. But the pace of works for the same is sluggish," he said.

Goods for laboratory meant for three places has been arriving in Dhangadhi. Presently, the PCR laboratory operated at the Dhangadhi-based Livestock Disease Research Centre is conducting a maximum 250 tests per day. Chief of the laboratory Ramesh Shahi said the laboratory has 5,000 kits in reserve at present. This is the only laboratory being operated in the state. It has conducted more than 10 thousand tests so far. The swabs collected are also sent to the Central Public Health Laboratory Teku for tests after the only such laboratory in the state is unable to handle the sheer number of swabs that it has received for testing.

Two thousand 611 people have tested positive to coronavirus in the State as of Wednesday evening. So far, 18 thousand 875 tests have been conducted using the PCR method while 113 thousand 184 tests have been conducted employing the RDT method, the Province Health Directorate stated. Four hundred and ninety-five people have been sent home after health recovery so far in Sudurpaschim state. The PCR test reports of 5,096 people are awaited. The Directorate said highest rate of coronavirus infection has been found in youths aged between 20 to 29 years so far in the state. COVID-19 has been confirmed in 1,170 youths of this age category.

Repatriation Flights By Himalaya Airlines From June 21 To June 24, 2020