Public vehicles to be allowed with safety criteria 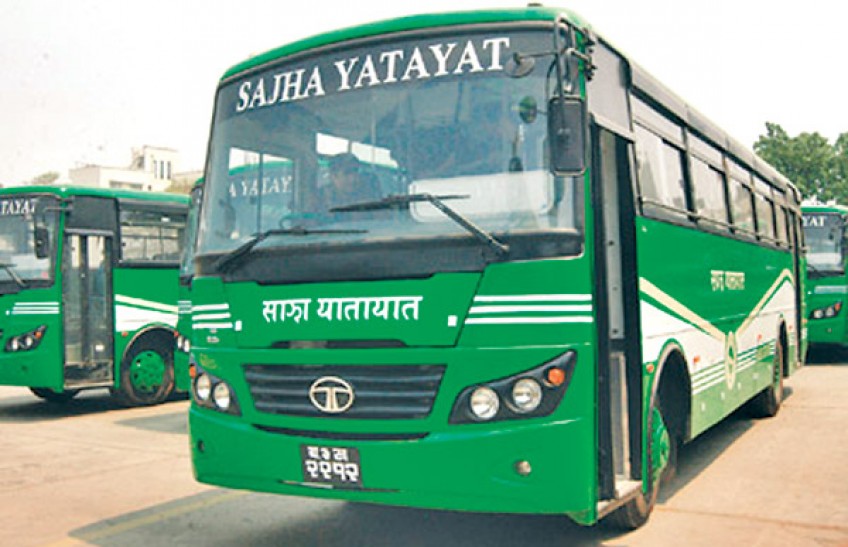 The government has decided to allow the operation of short route public vehicles with strict adherence to health safety criteria. Government Spokesperson Dr Yubaraj Khatiwada shared that the meeting of the Council of Ministers held two days back took this decision.

The government had decided to allow partial operation of public vehicles which were completely halted since March 24 in the wake of COVID-19 menace.

Spokesperson Dr Khatiwada, who is also the Minister for Communications and Information Technology, however, said public vehicles will be allowed to carry only 50 percent passengers so that it would help minimize the risk of coronavirus spread.

According to the government decision, only 50 percent passengers are allowed to travel in a vehicle. Only one passenger is allowed in the first row by maintaining social distancing. Facemasks, sanitizers and gloves are mandatory for passengers and vehicle staffs.

Until July 21, additional 50 percent transport fare set by the government can be charged on other vehicles except taxies. Likewise, vehicles belonging to industries, institutions and private service providers are allowed to carry only a staff in the first row.

Would-Be Travelers In Taiwan Live Out Dreams Of Flying Again

Hotel Entrepreneurs Not Being Able To Pay Interest Of Bank Loan

Baglung To Have Zoological Park

Repatriation Flights By Himalaya Airlines On July 11 And 12

64 Held For Not Wearing Mask