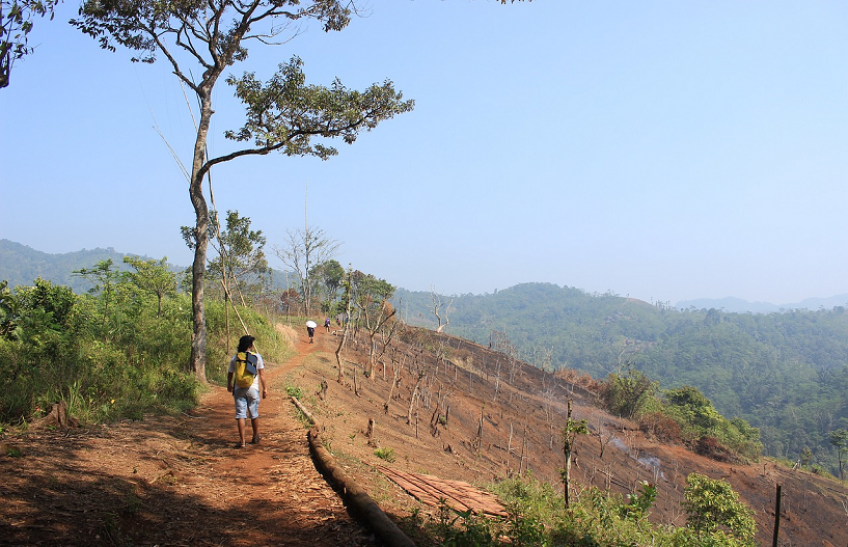 A new trekking route that begins from Melbot in Pokhara Metropolitan City-25 and ends at Mardi Himal has been constructed.

The project cost is approximately Rs 1.5 million (Rs 1 million provided by the Gandaki Province government and the remaining amounts by a Germany-based organization).

Many tourism infrastructures have been constructed on the way. The project aims to facilitate tourists, domestic and foreign, reach the 5587 meters mountain that has attracted many tourists lately, said the project construction committee coordinator Bishwo Adhikari, also a tourism entrepreneur.

Stone floor tiles have been used on the two meters wide route.

To reach the mountain, one can catch a vehicle up to Australian Camp through Dhampus, Kalimati, and Siding from where they can use the route.

"We have constructed a new route to the mountain. We believe that tourists on the way will be attracted to biodiversity and natural scenes like Laligurans forest, Rudramahadev, and Panchebaja Park," he said.
Plans are afoot to construct a cycle lane on the way, said the committee.

It requires additional Rs 5 million to expand the route to Dhital, he said, adding that the federal and provincial governments have been urged in this regard.