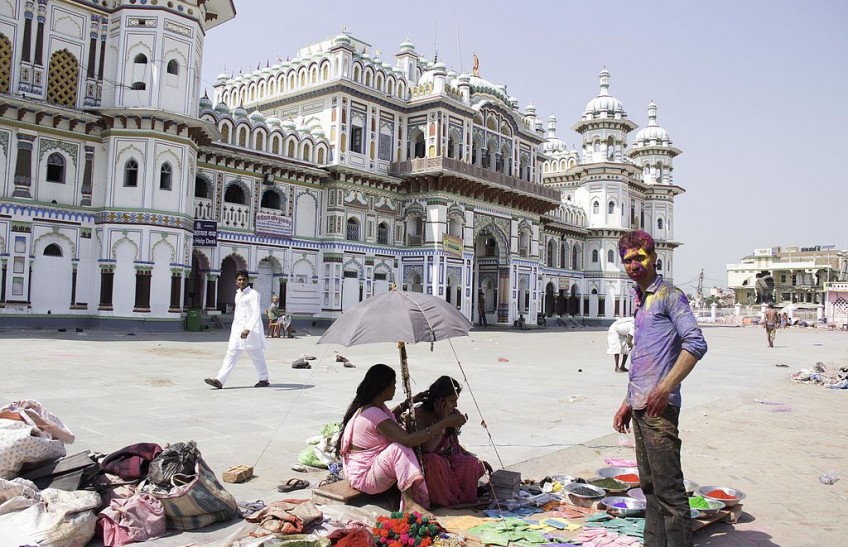 Jaleshwor Municipality has declared today a public holiday on the occasion of the Mithila Madhyamiki Parikrama festival and fair.

Jaleshwor Municipality has declared today a public holiday on the occasion of the Mithila Madhyamiki Parikrama festival and fair. Jaleshwor is the administrative headquarters of Mahottari district. The Madhyamiki Parikrama is an annual ritual in which devotees tour various places of the ancient Mithila region including some parts of bordering districts of India as members of the bridegroom's marriage procession in the run-up enacting the marriage ceremony of the Hindu god Ram with goddess Sita.

The Mithila Madhyamiki Parikrama is a big religious ritual as well as the folk custom of this region and the Municipality has declared today a public holiday, the Municipality Executive Office stated in a notice.  Municipality's Chief Administrative Officer, Ramuraj Kadariya said hundreds of people along with sadhus carrying the palanquin of Ram and Sita are coming to Jaleshwor today and the municipality has given a public holiday so that the locals would be able to welcome the guests and also observe the divine palanquin.

The Madhyamiki Parikrama Yatra festival is a symbol of the religious, cultural and mutual goodwill of both Nepal and India. There are 15 specific places including two places across the border in India which the participants of this 15-day tour stay overnight. The Mithila Mahatmaya, an ancient tome that describes about the religious importance of the Madhyamiki Yatra and the Mithila region, states that this annual pilgrimage tour has been observed since the 18th century. As part of this religious tour, the devotees walk 133 kilometres, out of which 107 kilometres within Nepal and 26 kilometres in India.

Mostly the sadhus from Ayodhya, Mathura, Haridwar, Darbhanga, Sitamadhi and Baijanathdham of India are participating in this religious tour this time.

Philippines To Suspend Inbound Travelers As COVID-19 Cases Go Up