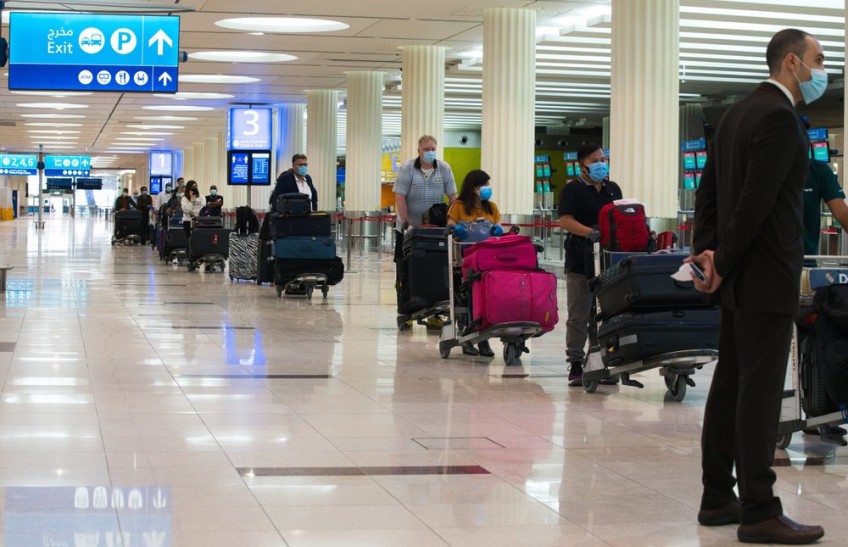 In Europe, restrictions to fight the spread of coronavirus portend a bleak summer tourism season even as more nations announced plans to welcome visitors again

The world faces the worst global recession in nearly a century, a key economic body warned Wednesday, while in Europe, restrictions to fight the spread of coronavirus portend a bleak summer tourism season even as more nations announced plans to welcome visitors again.

Beginning June 16, Austria will open up to all European neighbors with the exception of Spain, Portugal, Sweden and Britain, meaning that visitors from 31 countries will no longer be required to undergo a two-week quarantine upon arrival. Greece, another European holiday hot spot, will allow tourists to fly to Athens or the main northern city of Thessaloniki beginning on June 15.

But that’s hoping people have money to spend.

The Organization for Economic Cooperation and Development said Wednesday that global economic output could fall by as much as 7.6 percent this year if a second wave of infections emerges, with the pandemic’s economic impact expected to be even harsher in Europe because of the continent’s strict and relatively lengthy coronavirus lockdowns.

In the eurozone, which includes the 19 European Union nations that use the common euro currency, GDP is expected to plunge 11.5 per cent this year in case of a second wave and by over 9 percent even if another round of infections is avoided.

“Now we’re in the midst of ... perhaps the most global health, economic and social crisis and it’s simply the most severe any of us have ever witnessed,” OECD Secretary General Angel Gurria said during the presentation of the report in Paris. He named tourism and air travel among the “critical” sectors hard hit by the pandemic and urged countries to cooperate in developing and fairly distributing a vaccine for the virus.

The virus has infected 7.2 million people worldwide and killed nearly 412,000, about 180,000 of them in Europe, according to official figures tallied by Johns Hopkins University. The true toll is believed to be much higher because many people died without being tested.

Austrian Foreign Minister Alexander Schallenberg said the border with Italy to the south would be open without conditions on June 16 but that a travel warning for Austrian citizens was still in place for Italy’s northern region of Lombardy. That region, the epicenter of Italy’s epidemic, has still been showing triple-digit growth in daily infections while much of the rest of the country counts a handful or fewer.

While Italy opened its own borders on June 3, Austria’s reluctance to open their shared border has been a sore spot between the two. Austrian Health Minister Rudolf Anschober said restrictions would remain in place for Spain because its own borders remain closed until July 1 for most tourists and for Portugal due to an increase in infections in recent days.

Contract workers from France’s all-important food, catering and events industry held a protest Wednesday between the Louvre Museum and Champs-Elysees, saying the virus pandemic is killing their jobs. The symbolic flash mob demonstration included about 30 people dressed in black, simulating strangulation with their ties and putting signs reading “sentenced to death” into a coffin.

To the south, Spain’s sunny, beautiful Balearic Islands will allow thousands of German tourists to fly in for a two-week trial that tests out how to balance the needs of Spain’s vital tourism industry with new regulations to curb the country’s coronavirus outbreak.

In some other countries, uncertainty about the tourist season remained. Germany announced it is prolonging its travel warning for more than 160 countries outside Europe until the end of August even as it ends border controls for most EU citizens. Last week, Germany downgraded its travel warning for the rest of the 27-nation EU, Switzerland, Liechtenstein, Norway, Iceland and Britain.

Britain said Wednesday it was planning to re-open zoos, safari parks and drive-in theaters next Monday as it eases lockdown measures. But that is mostly for local tourists only, since this week the government slapped a 14-day quarantine requirement on all arrivals, a move that health experts say comes too late and tourism officials fear will be devastating to their industry.

472 Children Below Five In Bajura Quarantines