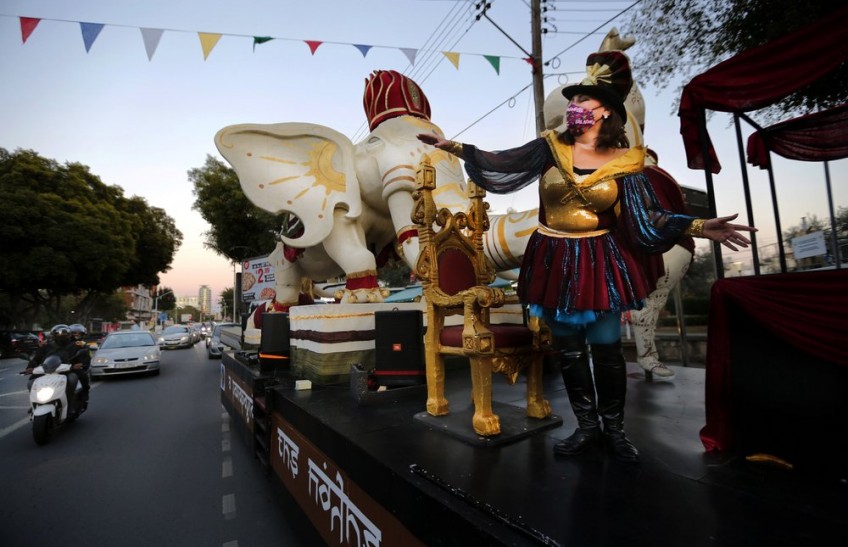 In Limassol city authorities aren’t letting the festive spirit completely wither away, organizing some events that comply with virus restrictions.

Following 10 days of festivities in the cosmopolitan town of Limassol, the grand parade on the eve of the start of Lent — 40 days of fasting before Easter — usually attracts tens of thousands to indulge in an eight-hour feast for the ears, eyes and stomach.

Revelers in every conceivable costume march along elaborately festooned floats that often mock the country’s rich and powerful.

But in the COVID-19 era, the revelry has taken a backseat to lockdowns and bans on public gatherings. Although the parade went ahead last year, this year carnival’s floats, huge puppets and other decorations are sitting in warehouses.

But Limassol city authorities aren’t letting the festive spirit completely wither away, organizing some events that comply with virus restrictions. The culmination of this is the secret outing of King Carnival, the lead float that marks the season’s annual theme.

Skevi Antoniadou, a city official in charge of organizing the Carnival festivities, said the float, which has an abstract figure frozen in a dancing pose, will make the rounds of Limassol’s main thoroughfares without prior notice to avoid mass gatherings. One excursion on Thursday signaled the start of festivities. The second one will be on March 14.

The exact route will remain a secret and police will be out to discourage people from gathering in large numbers.

“The message to all is that we’re looking forward to having you back next year, because we’ll bounce back from this even stronger,” Antoniadou said.