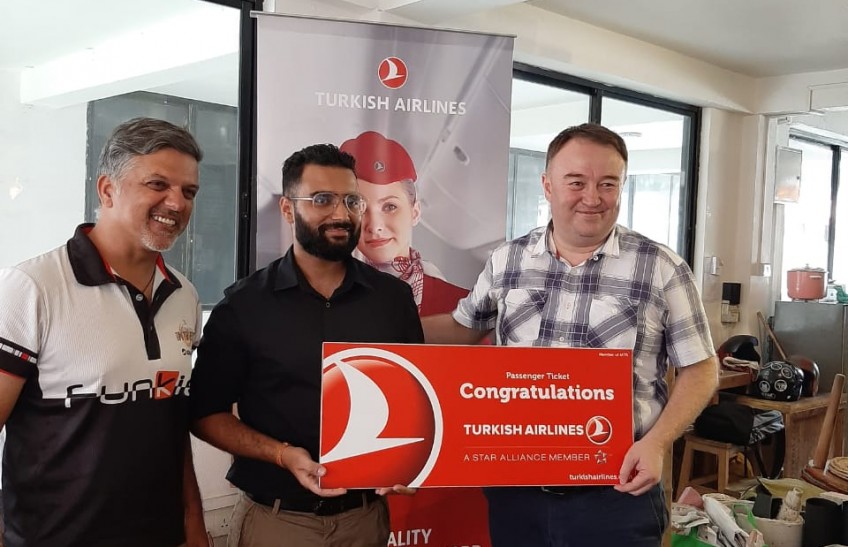 Ankit Shrestha becomes the winner of Click 2 win Photo Contest with his wining photo- The kiss!  His photo got 1.5k likes during the contest organised from August 6 to August 20. Ankit wins a return ticket from Turkish Airlines to any destination in Europe as the competition was partnered by Turkish Airlines and was organised by Kora Cycling Challenge.

The Kathmandu Kora Cycling Challenge is the biggest mass ride in Nepal that brings together over 3000 cyclists to ride 50 km, 75 km and 100 Km loops of Kathmandu or Charity. Since 2011, this ride has brought together over many riders to ride to total of close to a million kilometers for charity. It has gathered and invested a lot of money into charity projects all across Nepal.

Abdullah Tuncer Kececi, General Manager of Turkish Airlines said, "We want to give priority to the off seasonal activities as well as the natural beauty through contest like Click 2 win Photo Contest.  Likewise, this is one of the best seasons for Kora Cycling as we can enjoy nature. Hopefully such event will be continued every year."

Raj Gyawali, Kora Cycling Coordinator said, "There are around 3000 participants in the contest and the numbers are increasing rapidly. This type of contest is also a good way to empower the local business."