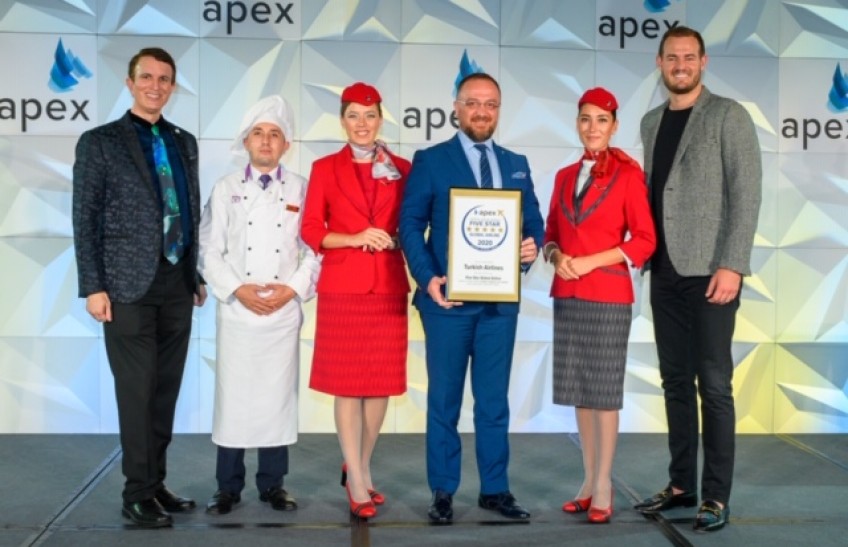 Travel industry experts met at the At the Los Angeles Convention Centre on September 9 for the APEX/IFSA Awards where the APEX Official Airline Ratings were announced.

Offering the privilege of discovering 126 countries around the world to its passengers, Turkish Airlines was named a ‘2020 Five Star Global Airline’ by APEX (Airline Passenger Experience Association), one of the world’s most trusted and prominent aviation organisations. Turkish Airlines’ commitment to passenger satisfaction and providing top class service above the clouds were ratified by APEX. Travel industry experts met at the At the Los Angeles Convention Centre on September 9 for the APEX/IFSA Awards where the APEX Official Airline Ratings were announced.

Passengers rated over a million flights of almost 600 airlines around the world between July 2018 and June 2019. Categories were judged on a five star scale in five sub categories: seat comfort, cabin service, food and beverage, entertainment, and Wi-Fi. After the feedback was reviewed, flag carrier was awarded a five star average for the third successive time.

M. İlker Aycı, Turkish Airlines Chairman of the Board and the Executive Committee, said, “We are aiming to offer the perfection to our guests in every aspect of their travels. With the renewed Business Class on our new Dreamliner, the brand new style of traveling at Istanbul Airport, our new home, and exceptional services above the clouds, we are undergoing a change. We are happy to see our passengers award that change with five stars. We express our thanks to APEX and all of our passengers for acknowledging our efforts while offering us this exceptional award for the third successive time.”