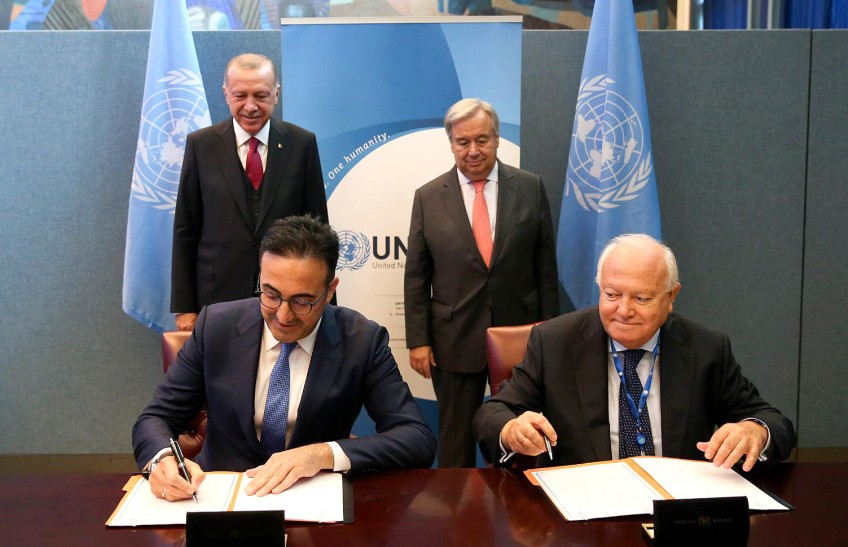 Turkish Airlines and United Nations Alliance of Civilizations created a joint platform, ‘Sport for Peace Awards’ project which is expected to have extensive global impact

Reaching to more countries and international destinations than any other airline in line with its goal to fly every corner of the world, Turkish Airlines carries its active stance in the development of its flight network to collaborating with prominent global brands, organisations and NGOs to reach different societies and communities around the world.

September 25, the Turkish national flag carrier took another step in this direction as it signed an important collaboration with United Nations Alliance of Civilizations (UNAOC), the leading United Nations platform for intercultural dialogue and cooperation. The signing ceremony of this significant step, ‘Sport for Peace Awards’ project, took place on September 24, at the United Nations Headquarters, New York, in the presence of Recep Tayyip Erdoğan, President of the Republic of Turkey, and António Guterres, United Nations Secretary-General. During the ceremony, the agreement was signed by Turkish Airlines Chairman of the Board and the Executive Committee, M. İlker Aycı, and United Nations Alliance of Civilizations High Representative, Miguel Ángel Moratinos, along attendance of officials from both sides.

Turkish Airlines plans to draw the eyes of the international community to a global mission with UNAOC, the organisation based in New York with a mission statement of bridging divides and promoting a culture of peace among people and nations. For the joint project under the name of ‘Sport for Peace Awards’, the unifying effect of sport and its power of inspiring and bringing people together from all around the world for promoting more inclusive and peaceful societies became the driving force. During the project, an award ceremony will be held for the sport for peace and development initiatives selected by an international jury to promote international recognition and visibility, while prominent names from sports, art and business worlds along with opinion leaders will be brought together to draw the eyes of the world to global opportunities and challenges.