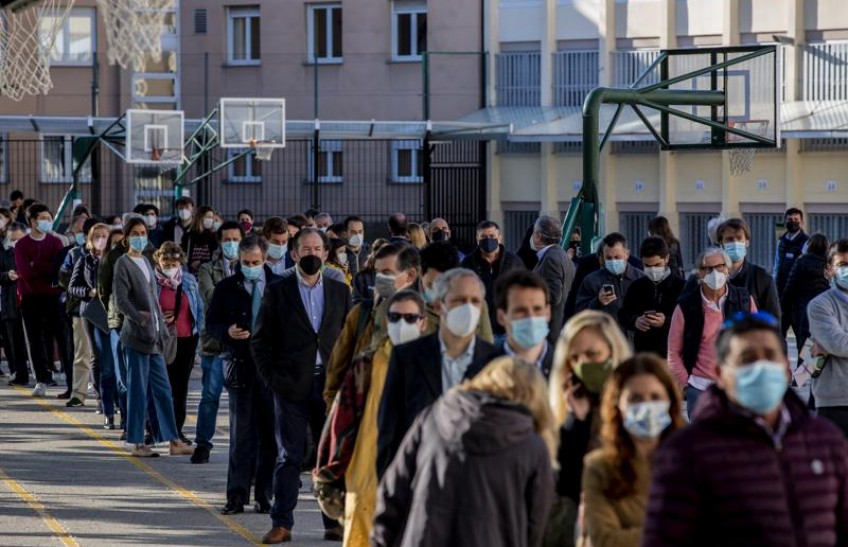 Madrid residents are voting Tuesday for a new regional assembly in an election that tests the depths of resistance to virus lockdown measures.

MADRID
Madrid residents are voting Tuesday for a new regional assembly in an election that tests the depths of resistance to virus lockdown measures and the divide between left and right-wing parties.

Polling stations opened at 9 a.m. with strict requirements to prevent the spread of the coronavirus: double masks, separated entrance and exit paths for voters, and plastic screens for workers in charge of the sites.

Older adults were encouraged to cast their ballots during a 2-hour period mid-morning, and the hour before polls close has been reserved for people quarantining because of COVID-19.

The early election was called by a conservative regional president who is trying to broaden her power base after she dissolved her center-right coalition.

Madrid President Isabel Díaz Ayuso has made a name for herself by criticizing the national government’s handling of the pandemic and by resisting the strictest infection-control measures.

She has gained increasing popularity among voters who in recent elections were attracted to the patriotic populism of Vox, an upstart far-right party that could become kingmaker in Tuesday’s election.

US Sets Pandemic-Era High For Air Travel, Over 1.6 Million